40,000 people have visited Juan’s exhibition in the National Football Museum 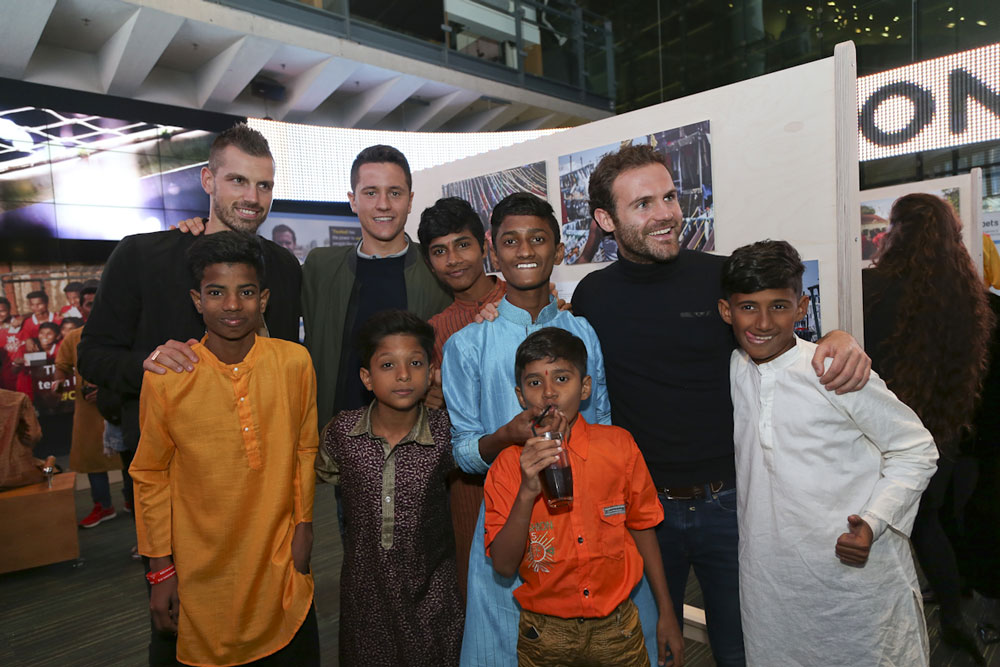 Mata´s photographic exhibition in Manchester has just finished. The showing collected 32 images taken on the trip the United player made to India. That trip inspired Juan to launch Common Goal, which already has 20 members.

This Thursday, November 9, the period of Juan’s exhibition at the National Football Museum (Manchester) has ended. Inaugurated on 12 October, it has been visited by nearly 40,000 people. The images were taken by Mata and Evelina Kamph on their trip to Mumbai (India) last summer. There they got to know the work of the OSCAR Foundation, an experience that encouraged Mata to launch Common Goal. Several children participating in the OSCAR Foundation program attended the inauguration on 12 October with the Manchester United footballer.

Today is your last chance to see @juanmata8‘s @CommonGoalOrg exhibition in our Hall of Fame. Fantastic photographs, fantastic cause. ⚽️?https://t.co/qyG5VWvEjS pic.twitter.com/KY6i0ZudeW

The exhibition has counted on the collaboration of Classic Football Shirts, Leica and Tapeo & Wine. Visitors have been able to bid for the 32 photos of the exhibition, and the funds raised will go to the OSCAR Foundation project.

Sunderland player, Duncan Watmore, has become the 20th member of Common Goal. Duncan, a graduate in Economics and Business Management (with a first class degree) from the Newcastle University, will donate 1% of his salary to a charitable cause related to football. The English joins a group in which appear, besides Mata, Hummels, Chiellini, Alex Morgan, Verónica Boquete, Nagelsmann or Kagawa.

Common Goal is an initiative of streetfootballworld, an NGO that supports more than 120 organizations around the world that use football as a tool for change. Although Common Goal is an initiative that begins by involving soccer players, its long-term vision is to get 1% of the profits generated by this industry to be used for organizations that use football to promote social development in their communities. That amount would be around 30 billion dollars annually.