A goal from Pogba gives United the top place 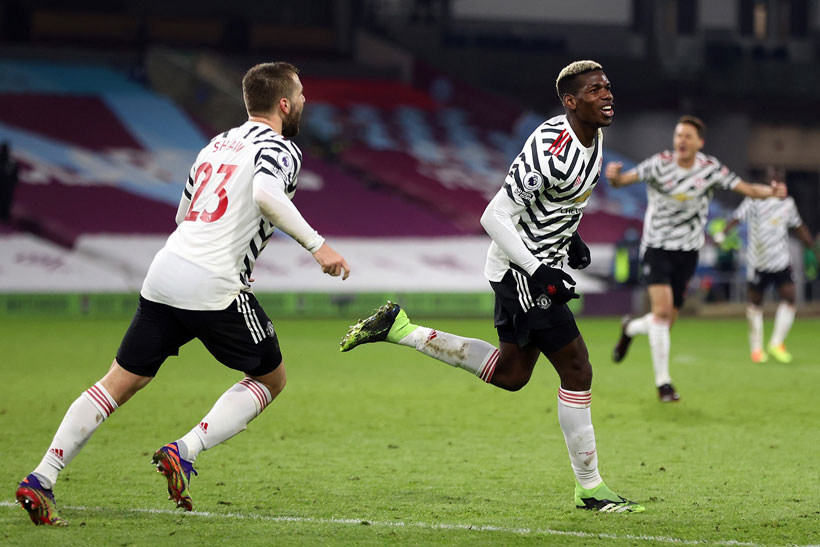 13 Jan A goal from Pogba gives United the top place

Posted at 00:06h in by Javier Brizuela

A goal from Pogba gives United the top place

Manchester United climbs to the first place of the Premier after the 0-1 victory over Burnley. Three points off Liverpool, Klopp's team will be the opponent next Sunday at Anfield.

Manchester United is the leader of the Premier League. A goal from Paul Pogba ended Burnley's resistance at Turf Moor. The final 0-1 leaves Solskjaer's men with 36 points, three more than Liverpool, who will be their rival next weekend.

🎬 All the action from Tuesday's battle at Burnley 👇

The Red Devils dominated a match postponed on the opening day of the Premier. Still, the winning goal came in the 71st minute. After Pogba's goal, United had more spaces and chances to score, but they lack accuracy in front of Pope.

The Mancunian team is the only team that has not lost an away game in the Premier League. Besides, in this competition, they're on an unbeaten run of 11 matches. Statistics that allow us to be optimistic for Sunday's big clash at Anfield. The opposite will be Klopp's Liverpool, the current champion.