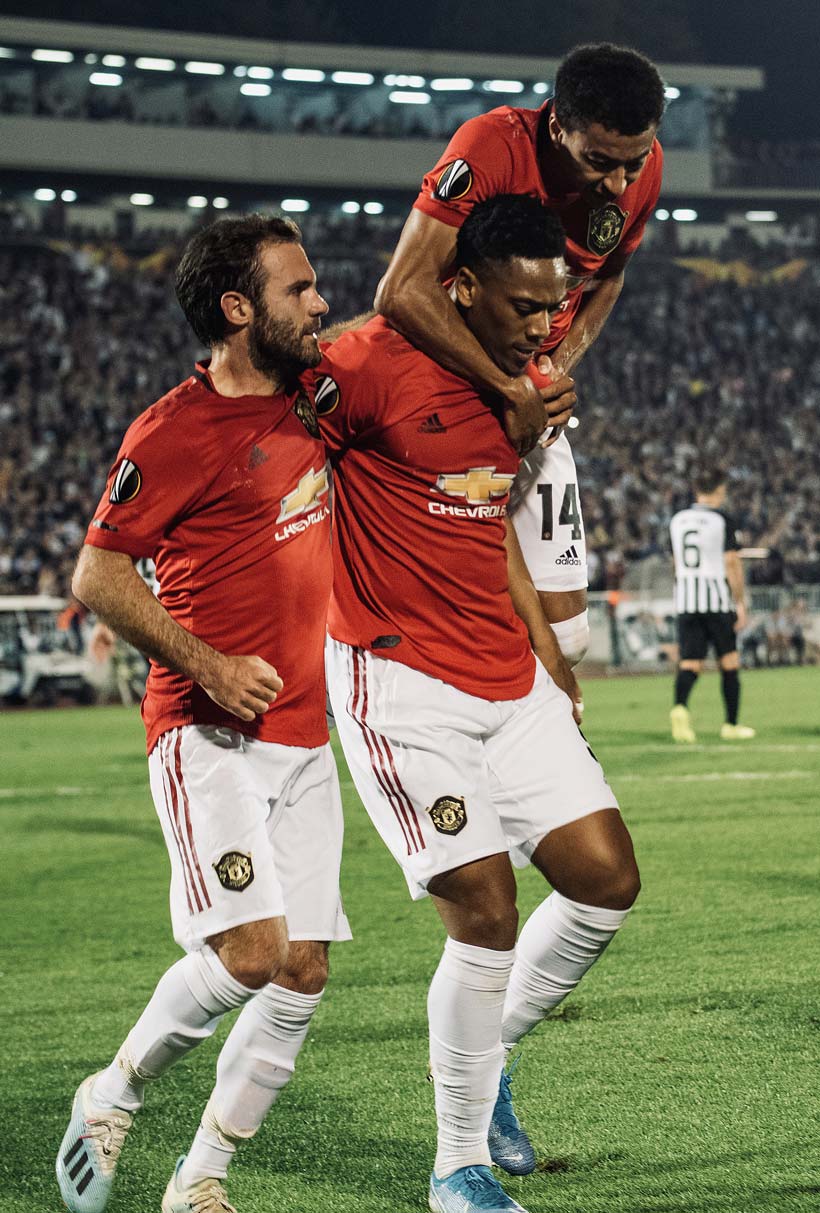 A Hard-won victory for United in Belgrade

Juan Mata played the complete match in the important victory against Partizan (0-1). ManU climbs up to the top of Group L of the Europa League. The Spaniard was the most accurate player in the passes, 91% accuracy.

Manchester United obtained a very important victory in their visit to the Stadion FK Partizan (0-1). In a spectacular atmosphere in Belgrade (almost 1,500 ManU supporters added up to the local fans), Solskjaer's men grabbed the three points thanks to Martial´s goal from the penalty spot in the 43rd minute.

Juan Mata, as he did against AZ Alkmaar, was in the starting XI against Partizan. Playing between the midfielder and the strikers, the Asturian player became the best of the match in pass accuracy, 91%. After 15 minutes, a great free-kick by Mata ended up in a header from McTominay that went out just inches off Stojkovic´s post.

Every credit to the 1400 #MUFC fans who made the journey to Belgrade for tonight's #UEL game.

With 0-1 on the score, Partizan tried to fight back in the second half. Savo Milosevic's men created lots of problems for United, which, however, hold the Serbian team. The victory leaves United with 7 points, in the first place of Group L, two points ahead of AZ Alkmaar. On Sunday, against Norwich in the Premier League, United will seek to get another positive result.