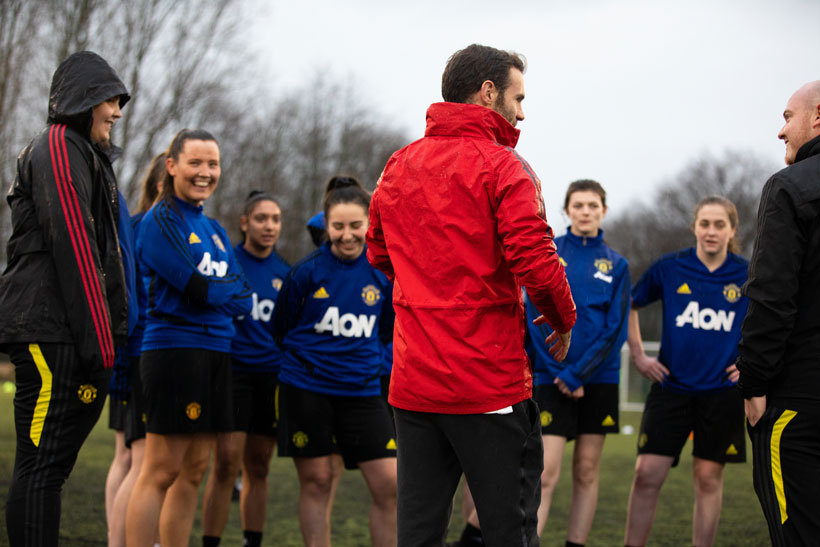 A magician in Manchester

Juan Mata celebrated 'Three Kings Day' with a visit to young players participating in a programme organized by United's Foundation. He was there with them on a coaching session and he gave them a signed copy of his book: 'Suddenly A Footballer'.

Celebrating 'Three Kings Day', a special day for all Hispanic people, Juan Mata visited 50 young players (older than 16) that were participating in an initiative from the Manchester United Foundation: the 'BTEC Sport Programme'.

The international Spaniard got in a coaching session with the youngsters, both boys and girls, in a session that was made in collaboration with 'Eccles Sixth Form College'. He gave several tips and shared some words with them. Also, he gave signed copies of his book: 'Suddenly A Footballer'.

"Juan Mata's visit meant a lot for the youngsters as they could see how he handles his career, how he acts and how he talks. It was amazing for the students," said Joe Duckett, the programme's coach.