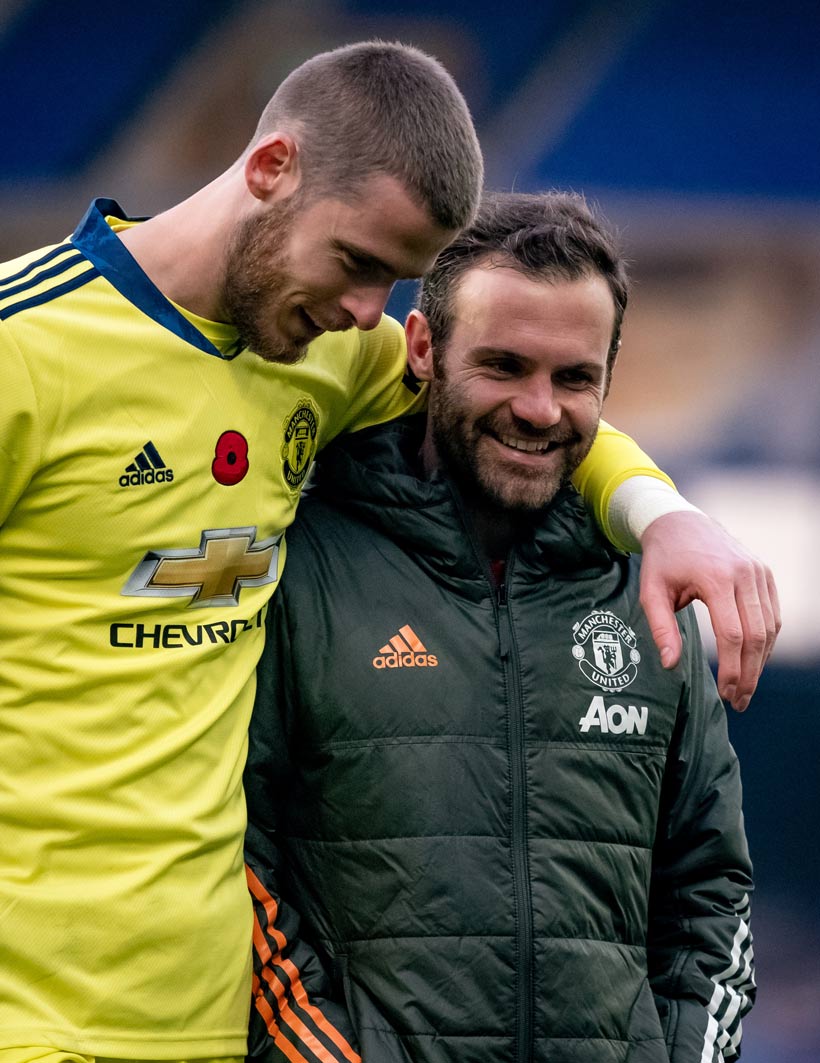 A reaction in time at Goodison Park

Manchester United beat Everton (1-3) after overcoming a goal from Bernard. Juan Mata, again in the starting XI, participated in the 1-1, the work of Bruno Fernandes. Bruno himself and Cavani did the other goals.

Juan Mata's Manchester United smiles again. After two consecutive setbacks, the Red Devils achieved a very important victory in the eighth week of the Premier League. On the Goodison Park pitch, goals from Bruno Fernandes (minutes 25 and 32) and Cavani (in 95 minutes) made the difference against Carlo Ancelotti's Everton (1-3).

Signing off for the international break with three points! 🙌#MUFC #EVEMUN pic.twitter.com/ANPQxEcCig

The home side went ahead in the 19th minute with a shot from Bernard. Amid an adverse outlook, Juan, who started for the second game in a row, began to have more participation in United's attacks. He started on the right wing, but knew how to move around the offensive front. In fact, he intervened in the tying goal through a combination down the left that ended in a cross from Shaw and a precise header from Bruno. During a good stretch of the match, the '8' was the footballer who gave the most fluidity to the game of the Solskjaer's team.

With these three points, Manchester United will face with greater tranquility this break due to the national team matches. Mata and his teammates will not play again until November 21, with West Bromwich as opponents.