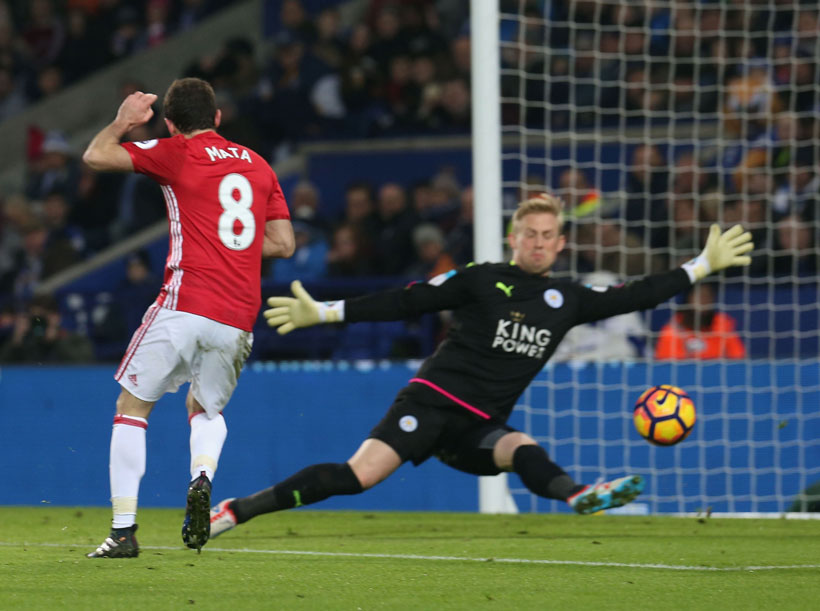 A story of good memories

Juan Mata's Manchester United will end the Premier against Leicester at the King Power Stadium. The Asturian has scored several goals and assists in the last years against their rival on Sunday.

Manchester United will say goodbye to the 2019/20 Premier League this Sunday. They'll do it with the visit to the King Power Stadium and their match against Leicester City. It will be a thrilling game as the Champions League is at stake. But is is a match that brings plenty of good memories to Mata. His games against Leicester have ended with several goals and quality actions (apart from bringing with him a title, the 2016 Community Shield).

For starters, he scored two goals for Manchester United against the Foxes (it was his last 'double'). In December 2017, Juan scored both goals in the 2-2 match played at the King Power Stadium, the second of which was a great free kick.

During the previous season, on the 2016/17, the Asturian was the protagonist of both ties in the Premier. In the one played at Old Trafford, he contributed with a beautiful goal and an assist on the 4-1. When in Leicester, Mata scored the 0-3 after a combination with Mkhitaryan.

The numbers of the international Spaniard against the adversary of this Sunday are completed with the pass he gave to Luke Shaw on the 2-1 at Old Trafford back in 2018, and as a Chelsea player, he gave an assist to Cahill on the 5-2 in the quarterfinals of the FA Cup in 2011/12.