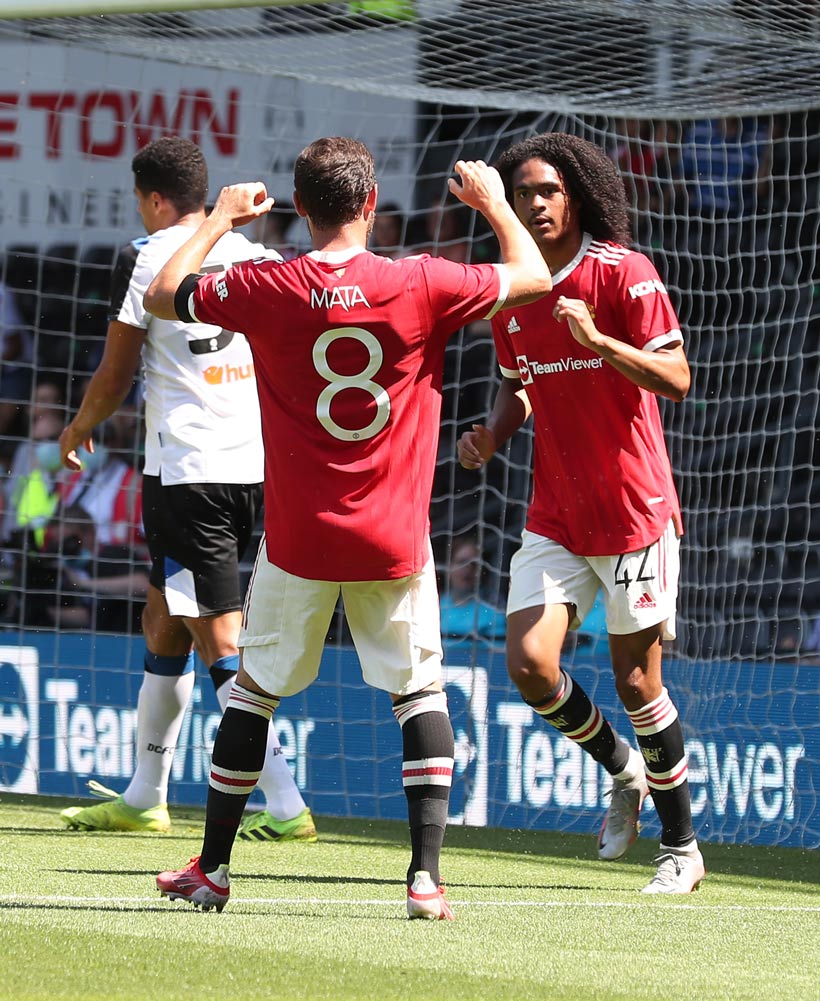 A win against Rooney on their first friendly match

Manchester United beat Derby County, the team managed by Wayne (1-2). Juan Mata played 45 minutes and he did it as the captain. Chong and Pellistri made the goals for the Red Devils.

Manchester United beat Derby County (1-2) in their first friendly match to prepare the 2021/22 season. Juan Mata came out on the starting eleven of Solskjaer. The Asturian player played with the captain's armband until his substitution. In front, a team managed by Wayne Rooney, United's legend and Juan's ex-teammate.

A solid win on the road to kick off our pre-season journey ✔️#MUFC pic.twitter.com/QW2fsOxQrW

On the 18', Tahith Chong got the Red Devils ahead. With the 0-1 before half time, and after a first half in which Mata completed 17 out of 18 passes and Tom Heaton had a good performance as a goalkeeper.

As the match came to the second half, Solskjaer changed nearly all the team. Without Juan in the pitch, Facundo Pellistri made the second goal for Manchester United (minute 59'). On the 70' Kâzım-Richards reduced the disadvantage of Derby County. Red Devils next friendly match will be on July 24th, against Queens Park Rangers as a rival.