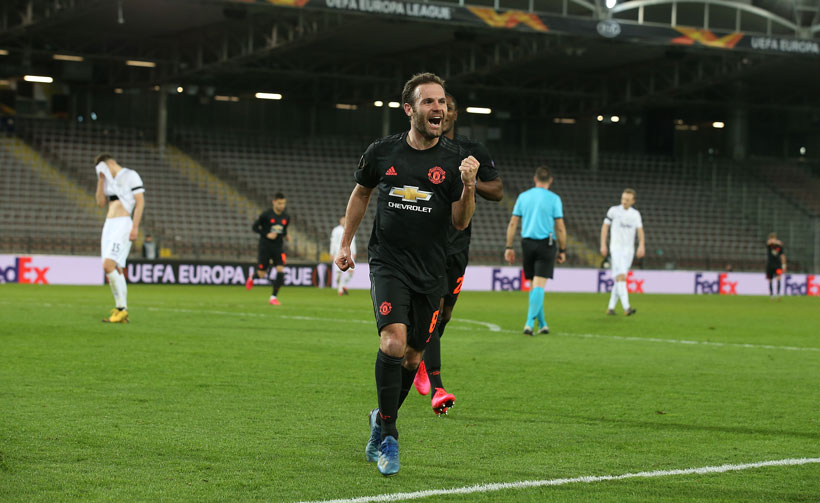 A year without crowds celebrating goals

On March 12, 2020, Juan Mata scored the third goal for United in Linz (0-5 against LASK). It was the first 'closed doors' match due to Coronavirus. Just before playing against Milan at the Europa League, fans still won't be able to attend their stadiums with normality.

One year ago this week United played against LASK in Austria. The match of the Last 16 stage of the Europa League ended up with a thrashing (0-5) from the Red Devils. Juan Mata, on the 82', took advantage of a pass from Fred to score the third goal for the English team.

The match was played on March 12, 2020. The weekend before, United had won 2-0 against City at the great derby of Manchester, with an outstanding crowd attending as always. That match was the turning point. The pandemic, that still remains in the life of all of us, was just about to get out of control. As a containment measure the match was celebrated without the presence of the public.

The fact that Juan celebrated a goal without fans in the stadium seemed like an anecdote that would soon be forgotten. Unfortunately the opposite happened. Manchester United did not play in the Premier League again until June 19. The last 16 stage of the Europa League, meanwhile, was delayed until 5 August. Juan Mata gave two assists in a new victory for Solskjaer's men against LASK (2-1). Without an audience, of course. And so we continue a year later.