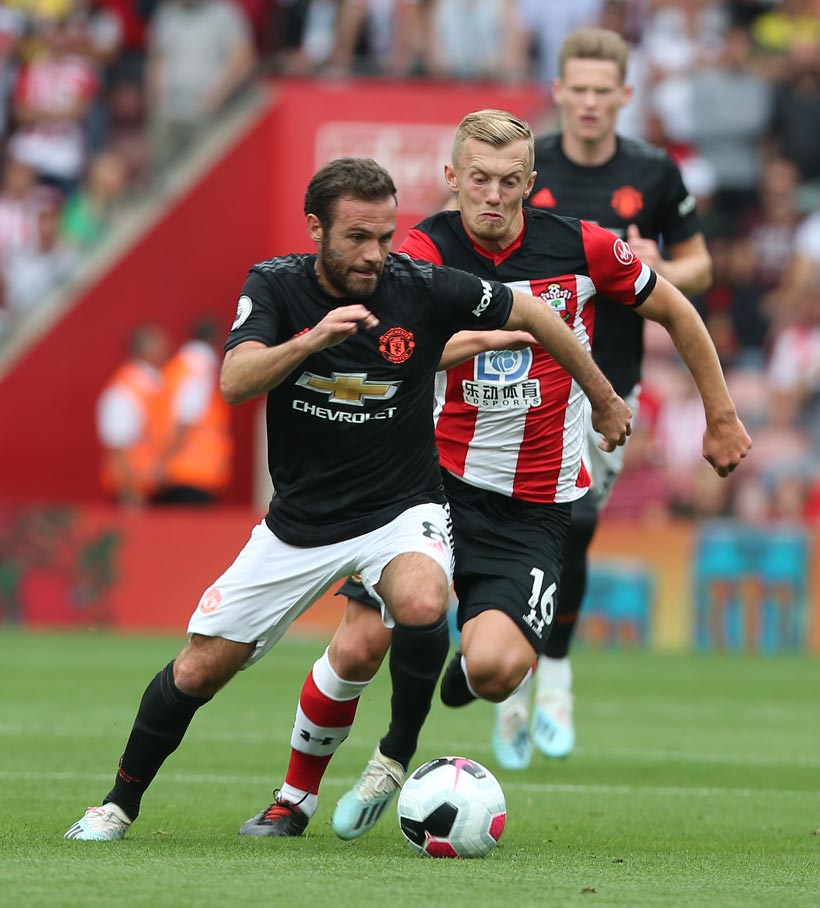 Juan Mata started a game where Manchester United drew to Southampton (1-1) despite being superior to their rival. The Asturian created three chances in the first half and his association with Daniel James was quite productive for United.

Manchester United drew 1-1 in their visit to Southampton. Juan Mata started the game for the first time this season and responded with a great first half. At St. Mary’s Stadium, Juan was played as a midfielder, with James and Pereira on the sides and Rashford ahead. The Spanish player was very active from the start. His combinations for the left flank with James created problems to the local defense. Precisely, the young Welsh player made the 0-1 in the 10th minute. Mata collaborated opening spaces with his movements and leaving enough space for Daniel to make an unstoppable shot.

Juan Mata has created a chance every 6 minutes so far vs. Southampton.

It’s what he does. 🧙‍♂️ pic.twitter.com/cwpTrzpeYZ

Juan finished the first half having created three chances where he showed his guile. United seemed to have the game under control, but a header from Vestergaard in the 58th minute made the equaliser (1-1). Shortly after, Mata was replaced, leaving the pitch with 87% pass accuracy.

Juan Mata created more chances (3) in the first half vs. Southampton than any other player on the pitch.

Proving his value as that No.10. pic.twitter.com/OHOwrQT18t

Danso's red card in the 73rd minute was the anticipation of a final stretch in which the Red Devils looked for the goal without rest, but also without success. The draw leaves a bad taste before the international break. ManU will not play again until 14 September, when they will host Leicester at Old Trafford.

“[It was a] very good goal, a fantastic finish. [James] He’s a very hard-working player,” Mata told MUTV after the final whistle. “[I’m] very happy for him and hopefully he can do it many more times.”