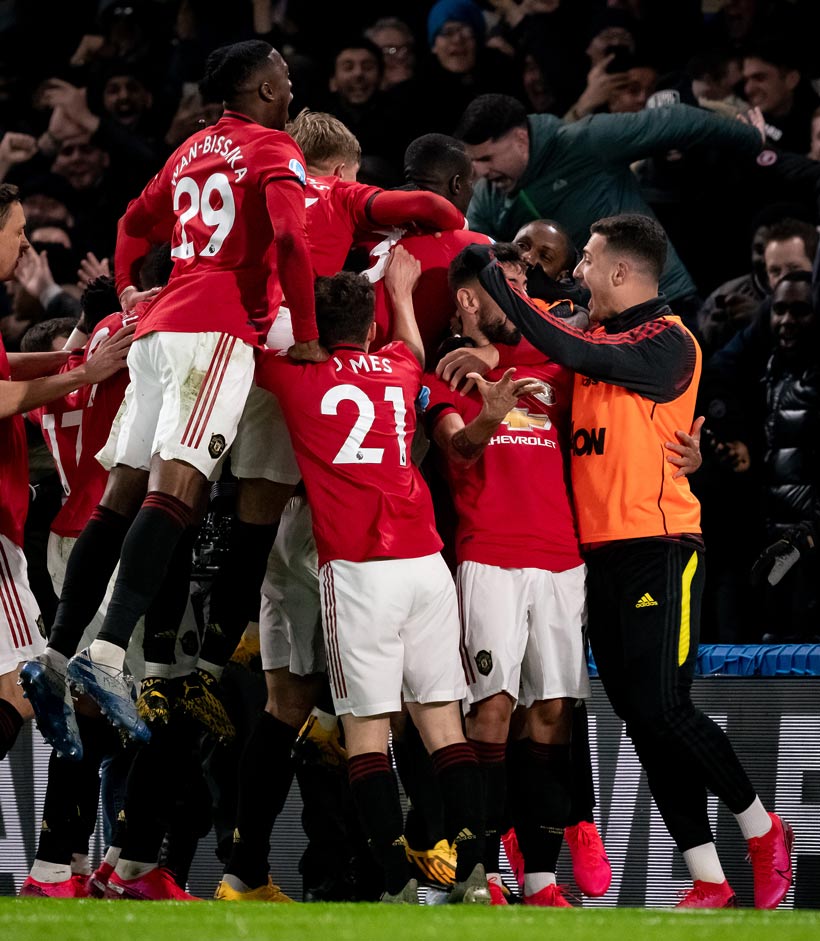 Back to Premier League duty with a smile

After a few days off for the winter break, Manchester United won at Stamford Bridge 0-2 and close in on the fourth place. Martial and Maguire scored the goals for the Red Devils. On Thursday, United travels to Belgium to face Brugge in the Europa League.

Manchester United returned to Premier League action after the winter break with an important victory at Stamford Bridge (beating Chelsea 0-2), a victory that leaves United just three points off the fourth place, hold by the London side.

Watch all of the best bits from our third victory over Chelsea this season 🍿#MUFC #CHEMUN pic.twitter.com/TNXDQzJpjg

Juan Mata did not play against his former team. The two great headers from Martial just before the break and Maguire in the 66 minute made the difference on the score. It was a thrilling game. Fernandes and Mount both hit the post from free-kick and the VAR ruled out two goals to Chelsea (Zouma and Giroud).

Next Thursday United will visit Brugge in the first leg of the last 32 of the Europa League, a trophy Juan Mata has won twice, the last one with Manchester United in 2017.