Brilliant assist from Mata in another comeback for United 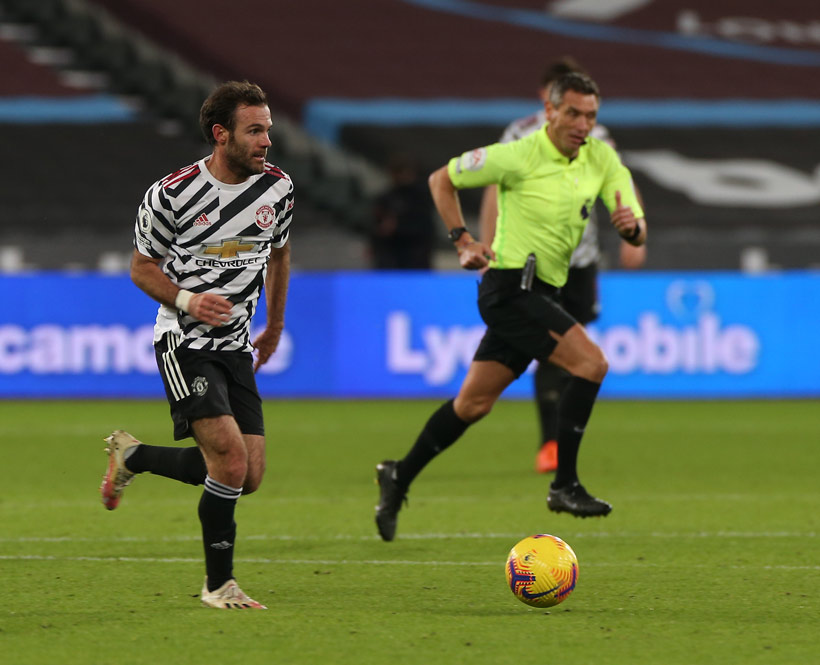 United’s number 8 entered the pitch when West Ham were leading. After the goals from Pogba and Greenwood, Mata gave Rashford the pass for the definitive 1-3. It’s the ninth consecutive away win for United in the Premier.

Saturday night entertainment, brought to you by Ole’s comeback kings ?

Same as what they did against Southampton last week, Manchester United turned the score around. They made it with Juan Mata’s contribution, who came in on the second half and left a good detail: a spectacular first touch assist towards Marcus Rashford, who made the definitive 1-3 on the 78′. It’s United ninth consecutive away win in the Premier League (counting last season’s scores). A historical streak for United.

At the London Stadium, on the 11th game week of the season and with a bit of a crowd, West Ham hit first. Soucek made the first goal on the 38′. Juan, who came in for Martial, coincided with United’s comeback. The Spaniard came in on the 62′. Before the 70th minute, Pogba – with a tremendous shot- and Greenwood beat Fabianski. The last straw was Mata’s assist to Rashford on the third goal.

?️ Manchester United away from home in the Premier League this season

“It has been a strange season. Very unpredictable,” Juan said. “Many big teams are losing points and there is not one clear leader. So we know we need to be consistent and now we are getting three points after three points and hopefully we can keep going up”.

With an 88% of passing accuracy, Mata contributed with his ball circulation, who will now have to confront a decisive appointment: travelling to Germany to play against RB Leipzig. The pass to the Last Sixteen stage of the Champions League is at stake.

Juan Mata in all competitions this season:

A goal or assist every 110 minutes. ? pic.twitter.com/j9cbEW0HC6