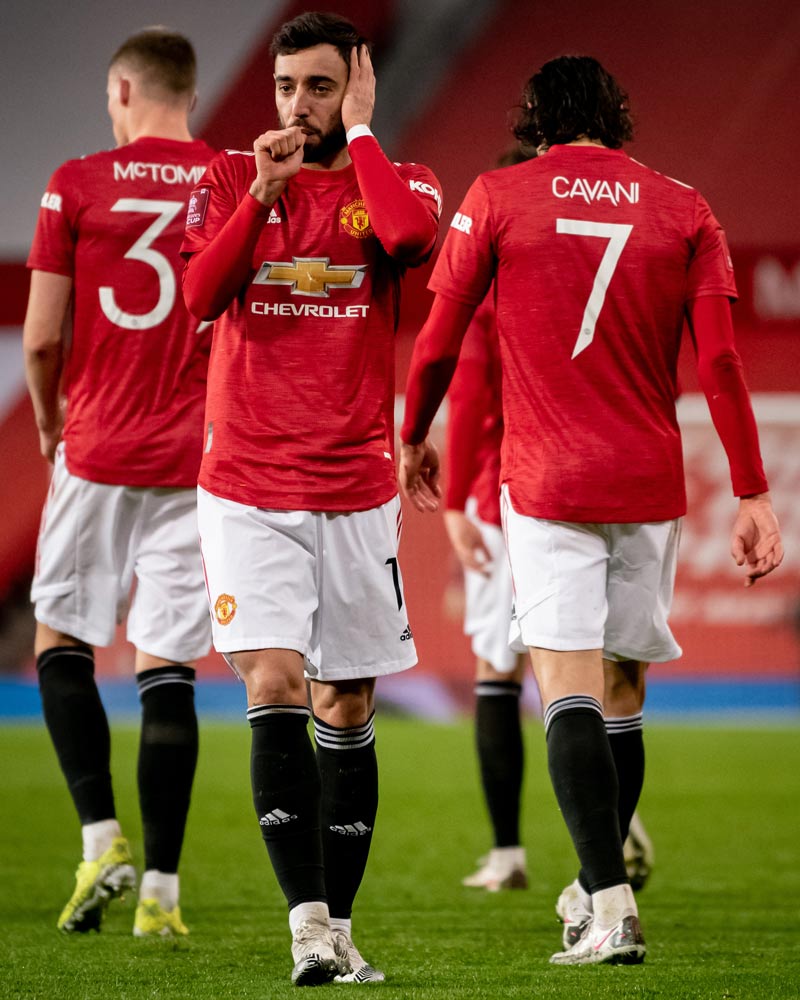 Bruno’s talent takes United to another FA Cup round

A set piece goal from the Portuguese decided the FA Cup match between United and Liverpool (3-2). Greenwood and Rashford scored the other goals for United.

Manchester United qualified for the Last Sixteen stage of the FA Cup after beating Liverpool in a thrilling match that was full of chances. The final 3-2 was a good reflection of what happened: two very ambitious attacking teams that went on a fight that lasted 90 minutes.

All the key action from yesterday's #FACup clash ⚔️#MUFC pic.twitter.com/nmrtyZWEht

Soon was noticed that the match wasn't going to be like the one played at Anfield (0-0). Salah got Liverpool ahead on the 18'; Greenwood scored the equalizer very soon after an excellent pass from Rashford; Marcus made the 2-1 at the beginning of the second half and Salah beat Henderson again on the 58'.

With a 2-2 draw and extra time approaching, Bruno Fernandes appeared. On the 78', with a great shot from a set piece, he beat Alisson and took United straight to the next FA Cup round. United's next appointment will be on Wednesday, this time Premier League, against Sheffield United at Old Trafford.