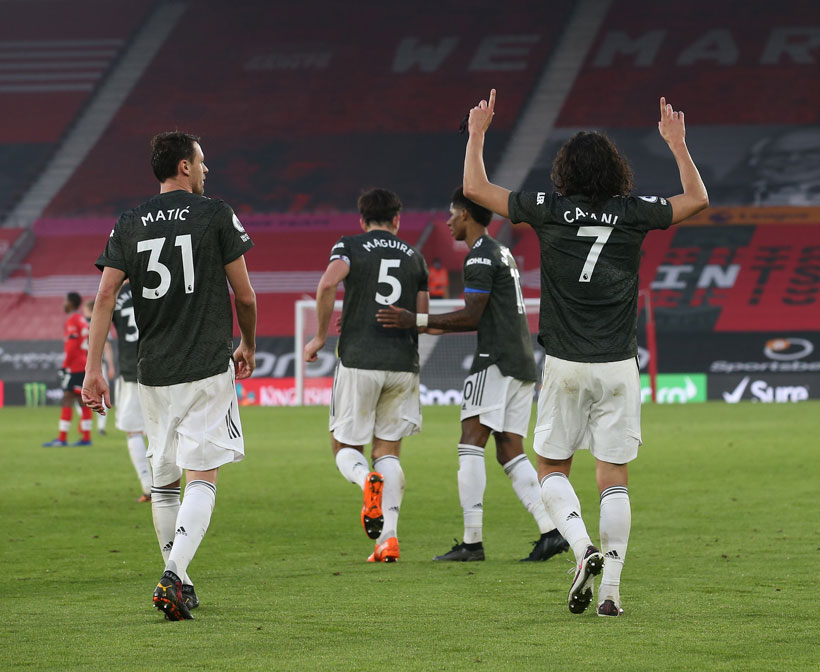 Two goals from the Uruguayan forward, the last one in stoppage time, gave the three points to Manchester United (2-3). Southampton went up 2-0 in the first half. Its United's eighth consecutive away win in the Premier League.

Manchester United suffered for many minutes, but did not give up and achieved a significant victory against Southampton. On game-week 10 of the Premier League at St. Mary's, Solskjaer's men earned their third consecutive victory in the league competition. They did it thanks to a goal from Cavani in stoppage time. That great goal was the icing on the cake to a remarkable comeback.

Juan Mata did not have the opportunity to face Oriol Romeu, with whom he maintains a strong friendship. A week after reaching 650 games as a professional, the Spanish international did not start the game, and both De Gea's and Telles minor injury conditioned Solskjaer's plans.

📊 Man Utd
✅ First time the club has won 8 successive away League games
✅ First time winning their opening 4 away League games of a season since 1985-86
✅ 4th win after conceding opening goal in PL this season (all away) - did so only twice last season (none away) pic.twitter.com/UBLSUW6Da8

The goals in the first half from Bednarek (minute 23) and Ward-Prowse (33) made the situation very difficult for the Red Devils. The latter reacted in a big way in the second half. Bruno (59 min) closed the gap, and Cavani, with a brace (74 and 92), grabbed the three points for the visiting team.

United's next match will be on Wednesday, against PSG at Old Trafford. The first opportunity to certify the qualification to the next round of the Champions League.