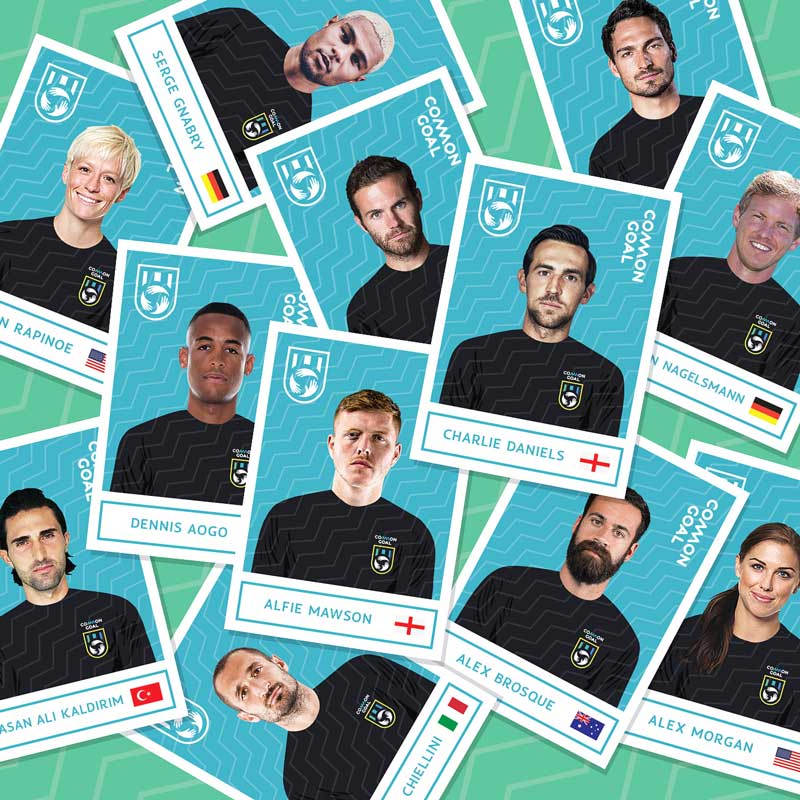 Bournemouth defender Charlie Daniels and up-and-coming England prospect, Alfie Dawson of Swansea City, have become the first Premier League players to commit to the charity initiative Common Goal. Daniels, 31, and Dawson, 23, have both pledged to donate at least 1% of their Premier League salaries to high-impact football charities around the world.

Daniels and Dawson are the first English footballers to join Common Goal, the charity pioneered by Manchester United and Spain player, Juan Mata, in August this year.

Charlie Daniels, whose wonder strike against Manchester City in August earned him Premier League goal of the month, is better known to Bournemouth fans as a stalwart defender who has been a constant in the club’s rise from League One, through the Championship, to the heights of the richest football league in the world.

“I’ve experienced pretty much everything that you can live as a player in England, maybe that’s why I’ll never forget where I’ve come from,” explained Daniels. “Football is such an important part of my life, as it is for so many people in this country. It just seems right that our national sport gives something back to society. Common Goal is the most effective and long-lasting way for players to make a difference. If my pledge can help spread the idea of Common Goal, especially among the younger players, then it will be one of the proudest achievements of my career.”

Alfie Mawson, a semi-finalist for England in the UEFA Under 21 Championship last summer, has also experienced the full panorama of English football. “It was only a few years ago that I was playing non-league and helping out my Dad at the weekends with his market stall,” said the Swansea centre-back. “I’m now at a great place and I want to concentrate 100% on my football. I don’t want to cause any fuss or anything, but joining Common Goal allows me
to focus on my career while forming part of something that can really help transform lives of those less fortunate. It’s a good thing for football.”

Juan Mata welcomed his first English Common Goal teammates: “I’ve been speaking to several English players who have shown an interest in Common Goal and it’s brilliant that Charlie and Alfie are the first players to make the pledge. They are both top Premier League players and their commitment is a great step in the evolution of Common Goal.”

Jürgen Griesbeck, Common Goal CEO said: “The fact that both Charlie and Alfie have reached the richest league in the world the hard way – coming up through the divisions – makes their joining Common Goal all the more authentic. Their stories are true to life, true to professional football and they are both perfect additions to Common Goal. We’ll be sharing more news very soon.”

Common Goal is a creation of streetfootballworld, the international leader in football for good. Over the past 15 years, the organisation has assembled a global network of more 120 local charities that use football as a tool to tackle social issues, ranging from gender equality in India to peacebuilding in Colombia to refugee integration in Germany.