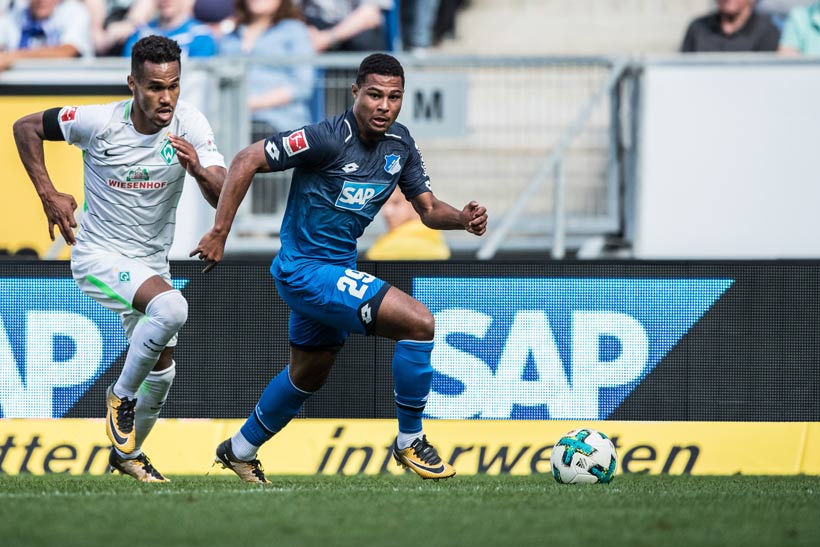 Serge, German international, has become the youngest footballer to join Common Goal, with the 22-year old star pledging to donate at least 1% of his wages to high-impact football charities.

The announcement comes less than one week after Juventus defender Giorgio Chiellini made the pledge himself and called on the next generation of players to help drive the movement forward.

Juan Mata, Mats Hummels, Megan Rapinoe and Alex Morgan have also all committed to Common Goal since the initiative launched in August.

1% is not a big figure. But it can make a huge difference if we commit to it as a team #CommonGoal pic.twitter.com/Bs09tAieoy

“I’m still in the early stages of what I hope will be a long career. When I look back on my footballing journey in years to come, I want to be able to say that I left a positive mark both on and off the pitch,” said Gnabry, a former Arsenal winger who is now on loan at TSG 1899 Hoffenheim from Bayern Munich.

“My pledge may not change the world by itself,” he explained. “But by coming together behind a shared mission I think players can make a real difference. I want to help make Common Goal part of football. I want to help football feel good about itself again.”

Gnabry said he was particularly passionate about supporting football charities in the Ivory Coast, where his father was born: “I’m proud of my Ivorian roots and know how much football means to the people over there. The thought of using the game as a tool to create social change across the country is something that really inspires me.”

Chiellini praised Gnabry for joining Common Goal and said he hoped this marked the beginning of many young stars getting involved: “I want to congratulate Serge for connecting his career to social responsibility at this young age. He is a great player and he’s setting a fantastic example for other footballers to follow.”

Welcome @SergeGnabry, an example for all young football players that want to change the world through football. Willkommen!⚽️❤️? #CommonGoal pic.twitter.com/q7EEQNErhN

Mata also spoke highly of Gnabry’s addition to the initiative: “We welcome Serge to Common Goal, where he now stands alongside Mats Hummels as the second German member of the team. I hope that players from other European countries are inspired to join us, as we continue to build a diverse and unique Common Goal team.”