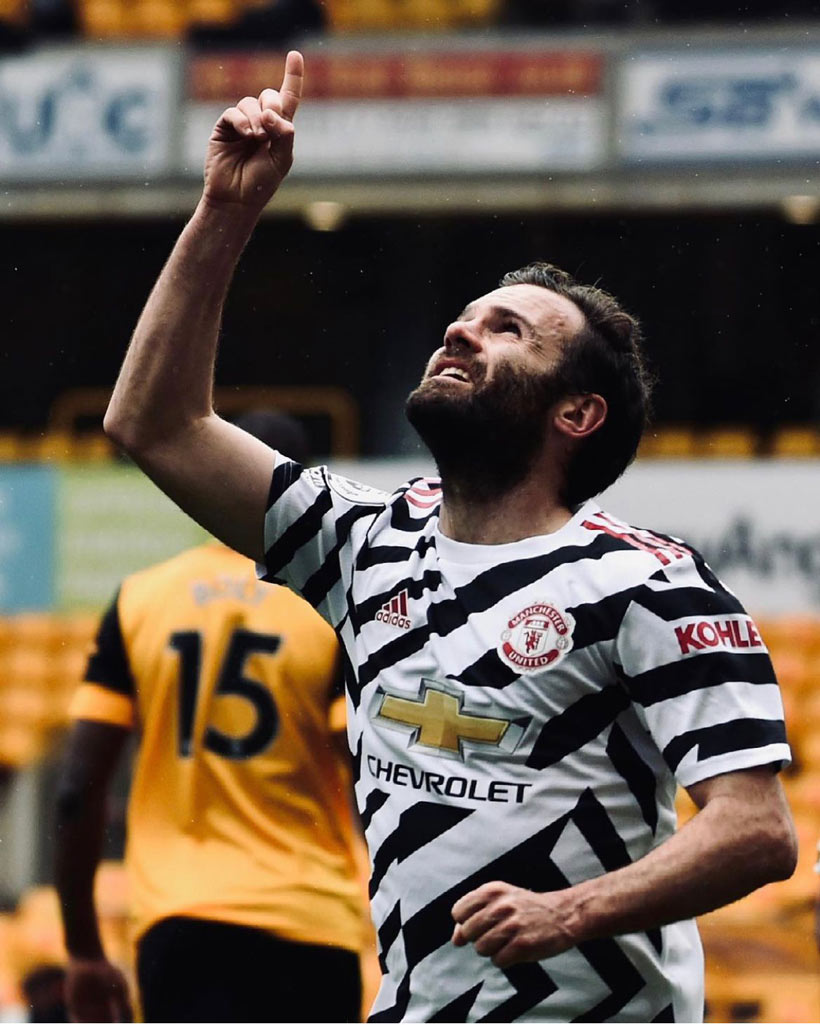 Goal, victory and to prepare for the Europa League final

Juan Mata's goal from the penalty spot decided United last game of the Premier League (1-2) against Wolverhampton. On Wednesday, against Villarreal, the Spanish international could win another continental trophy.

Juan Mata ended the 2020/21 Premier League with a goal. In fact, was the winner for United at Molineux Stadium. The victory over Wolverhampton Wanderers (1-2) did not have any impact on the table as the second place was already secured, but it means a boost for the morale of the team for next Wednesday's Europa League final against Villarreal. Besides, United becomes the third club in the league to remain unbeaten away from home for the entire season.

Mata's goal came after Van de Beek was given a penalty. The Asturian beat Rui Patrício from the penalty spot with an accurate shot just before the break, right after Semedo's equaliser. The young Anthony Elanga scored the first goal for United in the 13th minute.

Juan, who could win the Europa League for the third time, was very active throughout the game. Helped in defensive duties and completed 90% of his passes. "We know we have a very, very important game on Wednesday, probably the most important of the season. This is a good preparation, both mentally and physically, to be ready for a final," explained during a post-match interview.