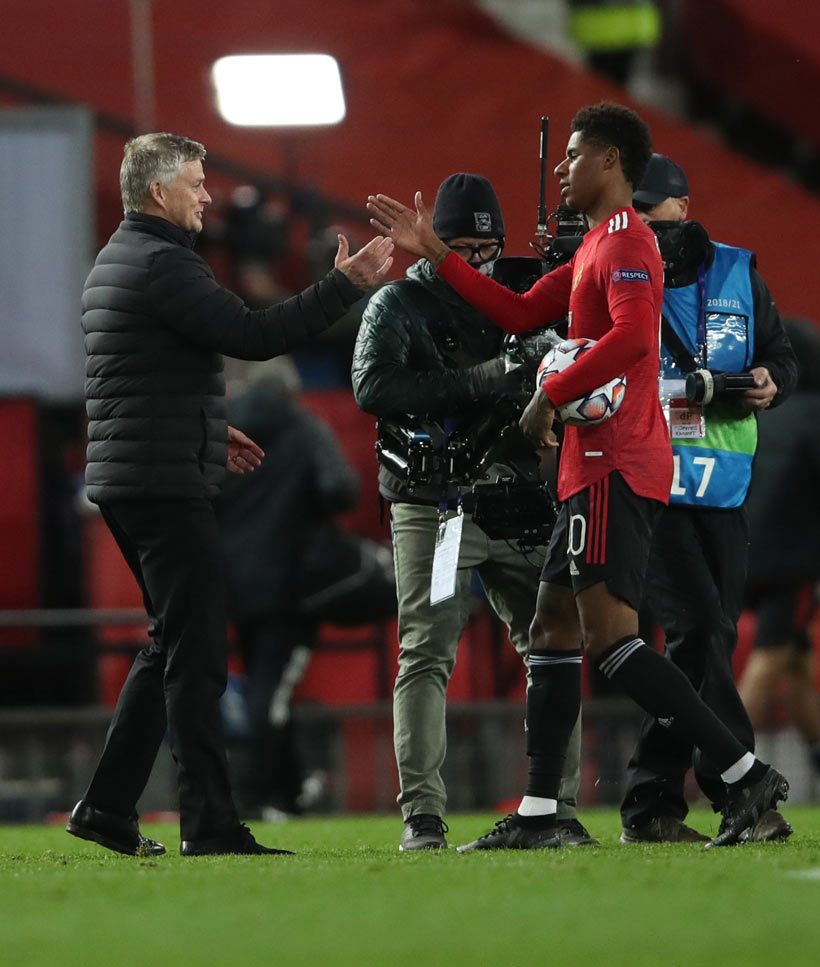 On Matchday 2 of Group H, Manchester United beat RB Leipzig at Old Trafford (5-0). Mason Greenwood put the Red Devils ahead in the 21st minute. The German team, semifinalists in the last edition of the Champions League, put United in trouble until the final stretch of the game. Then a quickfire hat-trick from Marcus Rashford, in the minutes 74, 78 and 90+2, and Anthony Martial, from the penalty spot in the 87th minute, wiped Leipzig out in what became an unforgettable night for United.

Juan Mata, who started the weekend against Chelsea, had no minutes in the game. On Sunday, against another London team - Arsenal -, he will hope to have a leading role again.

This massive European result leaves Manchester United leading the group, with 6 points, seven goals scored and only one conceded. A phenomenal presentation card in the most prestigious tournament.