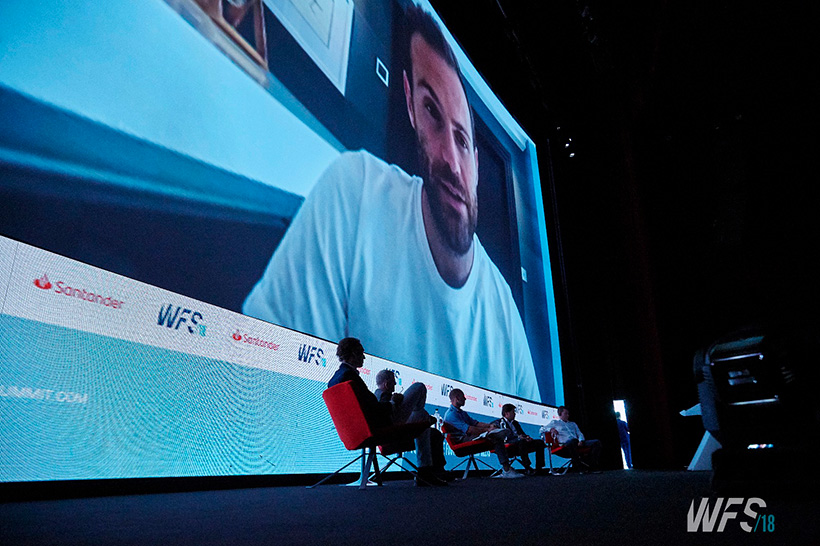 Manchester United player participated through a video organized by Banco Santander named: “Football as an engine for social development”. The Common Goal movement was one of the main parts of the dialogue.

The WFS is a great social convention to which a wide list of football personalities assist: “I wasn’t able to go to Madrid but I wanted to share my opinion and take part in this event, thanking the WFS for the invitation and Banco Santander”.

Juan Mata took part in the World Football Summit 2018 that was held in the Teatro Goya in Madrid. The international Spaniard participated trough a video in one of Banco Santander’s table, and it was named: “Football as an engine for social development”. Common Goal had an important role in this summit.

“Common Goal’s main objective is to connect the world of professional sport with football as a way of life for many people and as a tool for development. It’s all about using a little part of the benefits of the football industry to make many children decide their own future”. Mata has been a key personality in the creation and growth of Common Goal, that counts with more than 60 members (players of several levels, coaches, directors…) that are united with the purpose of using football as a tool for social development in many countries.

Good luck tonight champion! And as you said, next time hope to have you here to speak about football and how to improve the world through football like you are already doing it through the fantastic initiative @CommonGoalOrg from which we are proud supporters of! #WFS18 (2/2) pic.twitter.com/6t6TMz6wi3

The World Football Summit, that donates 1% of its income to Common Goal, is the great and global convention of the football industry that is celebrated in Spain. On the 2017 edition there were more than 2.000 attendants (from more than 70 countries) and there were nearly 100 speakers. The event gathers the main professionals, companies and institutions related to this sport.