Juan Mata, awarded at the Asturian Sports Gala for his contribution with Common Goal 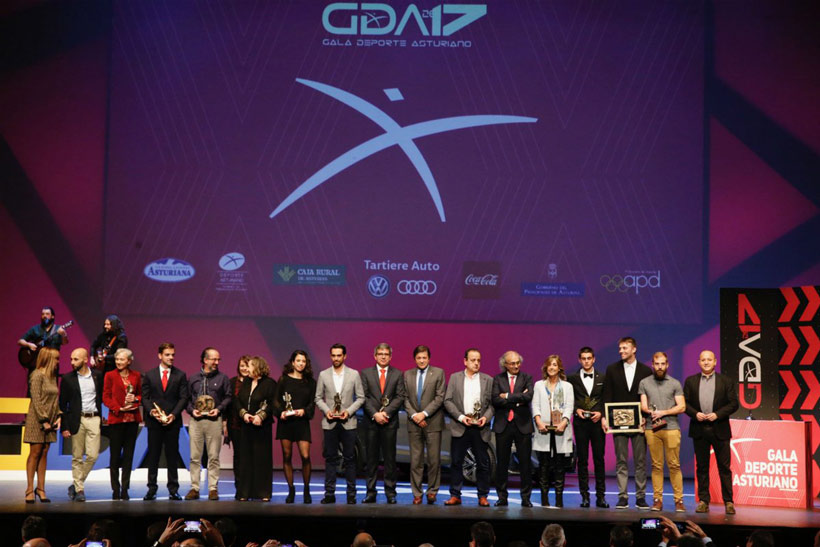 The Manchester United player was distinguished with the award to Human Values. Juan, who could not be present at the event, sent a video with words of thanks. Michu, Toña Is and Alberto Contador were other awarded athletes.

Juan Mata, for his commitment to the creation and growth of Common Goal, has been recognised with the Human Values Award in the 34th edition of the Asturian Sports Gala. The event, held at the Teatro de la Laboral (Gijón), has distinguished the best athletes of the year. Because of his professional commitments, Juan has not been able to attend the event. His uncle, Gabriel García, has received the distinction in his name from Íñigo Domínguez, president of the Sports Press Association of the Principality of Asturias.

As Juan was unable to travel to the Asturian city, the Spanish international sent a video. On it, after apologizing for his absence, he was grateful: “I’d have liked to be there, but we have a Premier match and could not go. Thank you very much for the award and the recognition of Common Goal.”

Today, @juanmata8 has decided to pledge 1% of his salary to #CommonGoal.

The movement, whose members donate one percent of their salary to social causes related to football, aims to gather all kinds of people and organizations related to this sport. Players of different levels, coaches, leaders, clubs and associations that have the purpose of using football as a tool for social change in many countries around the world.

In this edition of the Asturian Sports Gala, Miguel Pérez Cuesta ‘Michu’, María Antonia Is (female U-17 coach) or Alberto Contador have also been awarded.