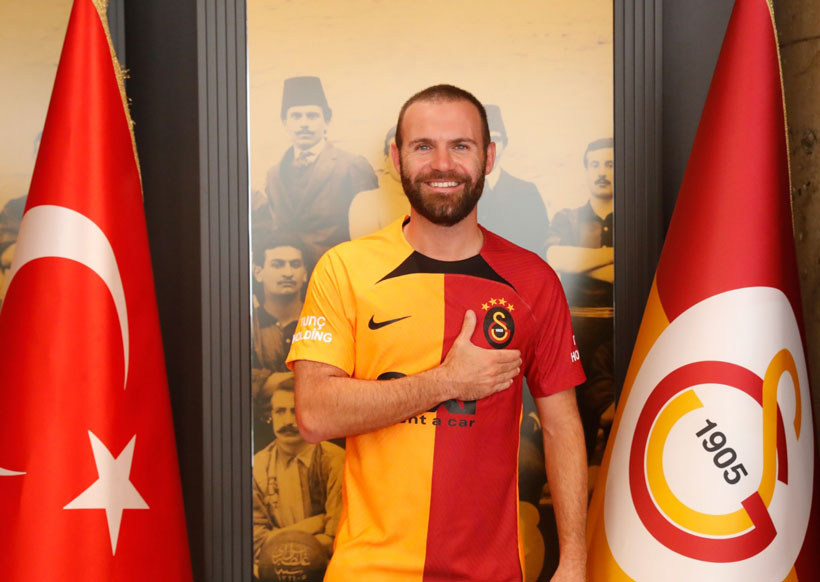 The Spanish international arrives at the club with the best track record in Turkish football. His incorporation is part of an ambitious project, which has also been joined by Mertens, Torreira, Seferovic and Icardi.

Juan Mata has a new challenge. The Spanish international has signed a contract with Galatasaray (for two years), a historic Turkish club determined to return to the high level it had in the past. In the European part of Istanbul, and with the warmth of the more than 50,000 fans that fit into the Ali Sami Yen Spor Kompleksi NEF Stadyumu, Juan will demonstrate all the talent exhibited during his time at Valencia, Chelsea and Manchester United in a different competition.

Galatasaray Spor Kulübü, founded in 1905, is the most successful club in Turkish football. The team’s track record includes 22 Leagues, 18 Cups and 16 Super Cups. It is one of the only two teams in the country – the other being Kayserispor, which won the Intertoto Cup in 2006 – to have won continental titles. In the case of Galatasaray, the club has been a double winner. In 2000, Galatasaray lifted the UEFA Cup (they beat Arsenal on penalties) and the European Super Cup (beat Real Madrid, current champion of the Champions League, with a golden goal from Jardel). Football players like Popescu, Hagi and the Brazilian goalkeeper Taffarel became idols of the Galatasaray fans, who are loyal like no other.

That unforgettable time brought another milestone. Galatasaray managed to be the first – and only to date – Turkish team to lead the IFFHS world club ranking. On the other hand, it is one of the three entities that have always played in the highest category of Ottoman football. The other two are their great rivals from Istanbul: Fenerbahçe and Besiktas.

A squad with well-known names

At Galatasaray he will share a dressing room with various well-known faces of international football from the last decade, such as Fernando Muslera, Dries Mertens and Bafétimbi Gomis. The arrival of Juan, along with the addition of Mauro Icardi on loan, rounds out a squad that also includes names like Lucas Torreira, Sérgio Oliveira, Haris Seferovic and Kerem Aktürkoglu. All of them led by Okan Buruk, former player of the club and member of the historic Turkish team that reached third place in the 2002 World Cup.