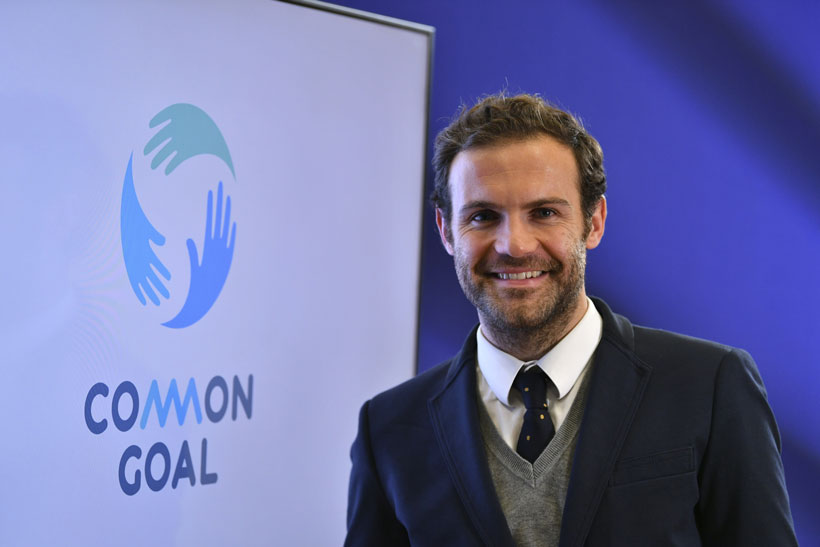 The Spanish international receives the Queen Sofía Award, which recognizes the person or entity that has made a significant gesture of nobility or fair play during the year. His commitment to the creation and growth of the Common Goal movement with footballers from around the world has been key to the election. Rafa Nadal, Sandra Sánchez, Jon Rahm and Keylor Navas have been other winners.

Juan Mata has received one of the 2017 National Sports Awards. The prestigious award, convened by the CSD (Superior Council of Sports) and awarded after the decision of a jury, recognizes the work of the Asturian in various initiatives related to football. In particular, his decisive contribution to the Common Goal movement, which has more than 60 members (players of different levels, coaches, leaders …) united with the purpose of using football as a tool for social change in many countries of the world.

The Spanish international has been awarded the Queen Sofía Award. This recognition distinguishes the person or entity that has stood out the most during the year by an especially relevant gesture of nobility or fair play in sports practice.

“I am truly grateful to receive the 2017 National Sports Award, that values the passion and effort of everyone behind Common Goal,” Mata said. “It’s a shared award with all the members of the movement, with the people that will join us in the future, definitely with anyone who identify with the idea of creating a more balanced world through sports, football in this case.”

Along with Juan, athletes of the level of Rafa Nadal, Sandra Sánchez, Jon Rahm, María Vicente, Keylor Navas, Juan de Dios Román or the members of the men’s and women’s hockey teams have been awarded prizes. María José Rienda, the president of the CSD, has highlighted the merits of all the winners.

The jury that has awarded the prize is chaired by Mariano Soriano, general director of Sports of the CSD, and in it are outstanding figures related to sports through the media, the COE (Spanish Olympic Committee) or the CSD itself.