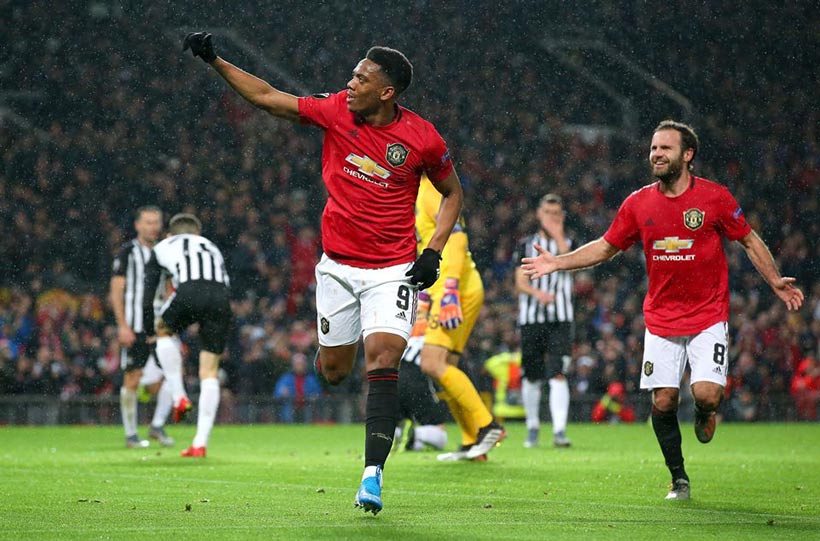 Juan Mata performs well in the win against Partizan

Manchester United's number 8 played all 90 minutes on the 3-0 at Old Trafford. He participated in the play of the third goal and connected well with Martial and Rashford. United, with 10 points and not a single goal conceded, are leaders of Group L of the Europa League.

Manchester United beat Partizan with ease (3-0) in the 4th game week of the Europa League's Group L. Greenwood (21'), Martial (33') and Rashford (49') were the scorers. Juan Mata, a starter for the third time in the four Europa League matches, played the whole 90 minutes at a good level.

Before the match Old Trafford's crowd remembered ‘The Flowers of Manchester’ (Man United's players who passed away on the 1958 Munich aviation accident as they returned from a match in Belgrade). The locals came out trying to dominate the game from the beginning. After some good chances from Rashford (the second one after a good manoeuvre from Juan inside the box), Greenwood made the 1-0. Martial, with a tremendous play, made the 2-0 minutes later.

The international Spaniard ended his participation with 4 dribbles, only beaten by Rashford's 5. "It was very important to get the qualification sorted quickly," he told MUTV after the final whistle. "Phase one to qualify is done, yes, but the second one is to top the group and we have not done that yet."

Manchester United consolidates their leadership of the Group L (they haven't conceded a single goal) and they'll have to play again at Old Trafford this Sunday. Their rival will be Brighton.