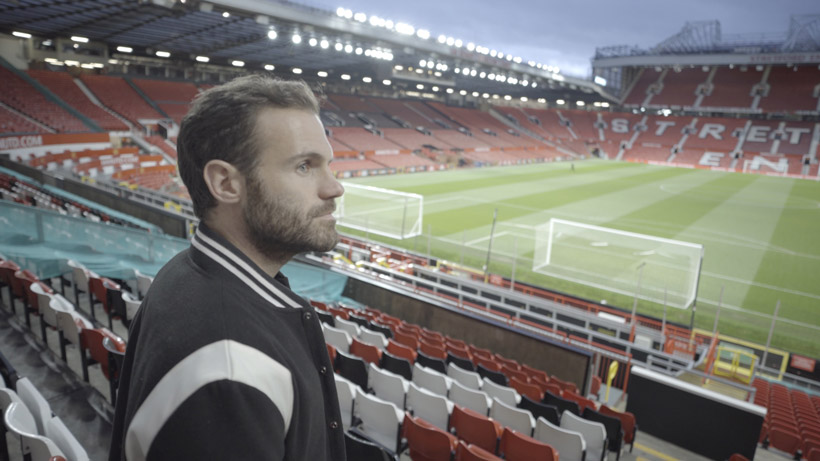 Four football players united for a very special anniversary; four teammates that lived their best World Cup in South Africa and that now talk to us about their day to day life in their clubs and cities. Juan Mata is one of the protagonists of ‘Futbolistas por el mundo’, a documentary that Amazon Prime Video will release on the 5th of June with David Villa, Xavi Hernández and Javi Martínez along with Mata.

Coinciding with the tenth anniversary of the world champions’ title achieved in South Africa, this series of four chapters that will be released simultaneously allows us to get to know the real life of Juan Mata in Manchester, including some very special visits. From his hand we will know his favorite places in the city and also the Manchester United training center.

“Manchester is a creative city, a city in boiling”, Juan assures in minute 35 of the chapter. The famous Northern Quartet, Altrincham, the city center (with a visit to the Tapeo & Wine restaurant) and, of course, Old Trafford, are some of the places where the chapter was filmed. Ander Herrera, David de Gea, David Lombán, Eduardo Rifaterra, Siobhan Chamberlain and Juan Mata’s father provide testimonies about Juan, his career and his life off the pitch.

On the other hand, David Villa recounts his last days as an active footballer in Japan, while Xavi Hernández gives the keys to understand his adaptation and that of his family to Qatar. Javi Martínez shows his day to day in Munich in a series that has generated a well-deserved expectation. Produced by Atresmedia Studios, ‘Futbolistas por el mundo’ (‘Footballers around the World’) premieres on Amazon Prime Video in Spain and the UK.