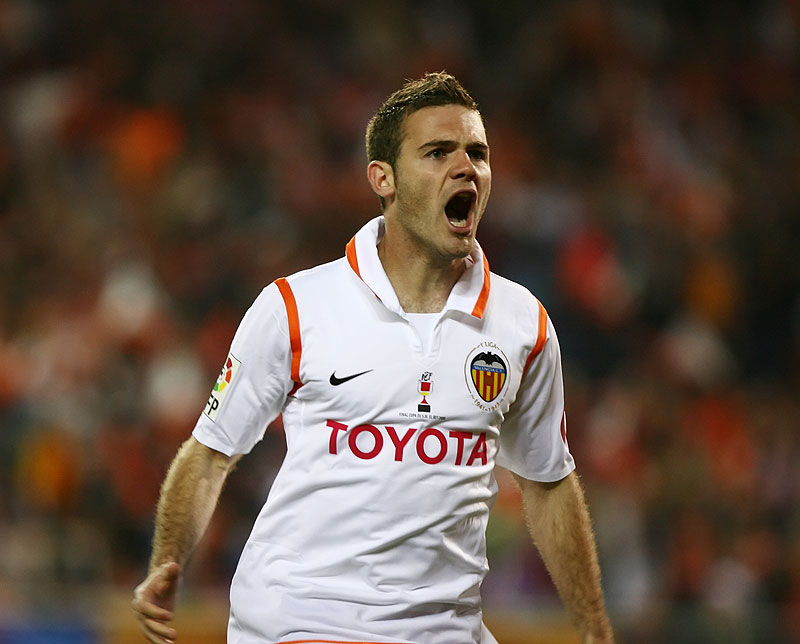 Before turning 20, on 20 March 2008, the Asturian goals against Barcelona propelled Valencia to la Copa del Rey’s final. In the decisive match against Getafe, he also scored. Thirteen years later, he is still in the elite of European football.

Apart from the specialists in the lower categories of Spanish football, few knew about the quality of that young man born in Burgos and raised in Asturias. Juan Mata had come to Valencia CF in the summer of 2007 from Real Madrid Castilla. On 20 March 2008, the team led by Ronald Koeman received FC Barcelona, commanded by another Dutchman, Frank Rijkaard, at Mestalla.

The match corresponded to the second leg of the Copa del Rey semifinals. Koeman had given Juan confidence. In February, against Valladolid, he scored his first goal in the League. However, he scored in the Cup against Atlético at the end of January, in the quarter-final’s second leg.

That 20 March 2008, two goals from Mata (minutes 44 and 74) contributed decisively to Valencia’s 3-2 victory and, consequently, to qualification for the Cup final (in the first leg, the result had been 1-1). Barcelona was not going through its best moment. However, they still had a great squad: Valdés, Puyol, Xavi, Iniesta, Touré, Eto’o, Henry…

Valencia, of course, was not short of talent either. And in the final, Juan proved it again. They beat Getafe (3-1, with another goal from Mata), and the Asturian lifted his first professional trophy. Incidentally, he established a connection with David Silva and David Villa that would later pay off Valencia. And to the Spanish national team.