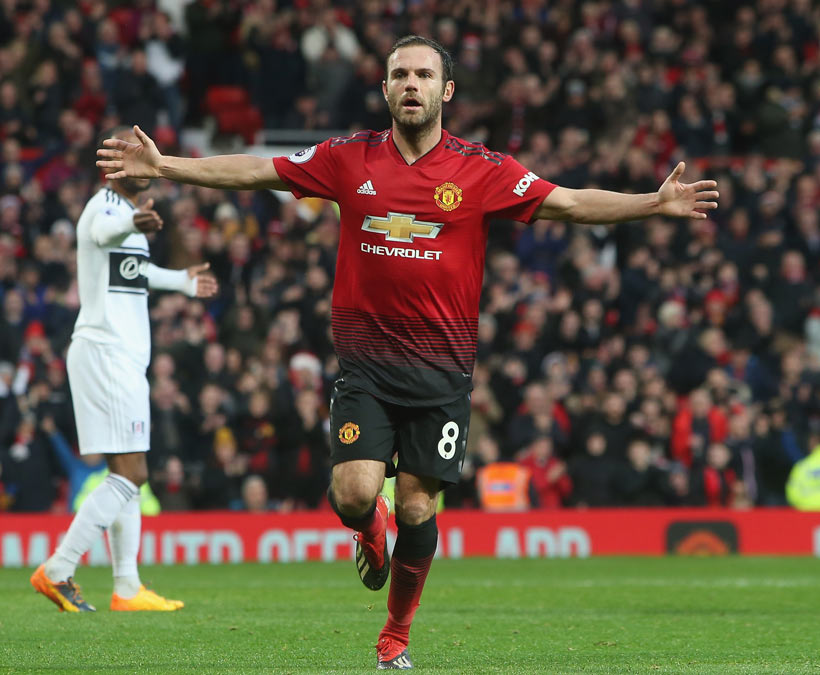 Mata was key in Manchester United triumph against Fulham (4-1). He scored the 2-0 and gave assisted for the third goal of the Red Devils. Among the Spaniards, only Cesc and Silva are equal in both statistics. This Wednesday, the Asturian will return to Mestalla to close the group stage of the Champions League.

Manchester United, with an outstanding performance by Juan Mata, trashed Fulham (4-1) and returned to winning ways in Premier after the last few draws. Mata finished his performance with a goal and an assist. Thus, reaches 50 goals and 50 assists in the English Premier League. Numbers that confirm him as one of the best Spanish players who have gone through British football.

Juan, who returned to the starting XI, was very active from the very first minute, constantly offering his teammates a pass between the lines. After the 1-0, Ashley Young´s stunning strike (minute 13), Mata got the attention finishing a good ball from Rashford. It was the 28th minute when the international footballer scored his second goal in the current Premier League.

50 – Juan Mata is only the third Spanish player to both score 50+ goals and register 50+ assists in Premier League history after Cesc Fabregas and David Silva. Stalwarts. #MUNFUL pic.twitter.com/nBB17ARnS1

The protagonism of the Asturian did not end there. In the 42 minute, he assisted Lukaku to make the 3-0. In the second half, he was about to add another assist, but Ander’s shot went wide. Fulham cut the difference thanks to Kamara´s goal from the penalty spot, although the ManU victory did not endanger. In fact, Rashford made it 4-1 in the 82nd minute.

Juan, who played the complete game, finished with 90% pass accuracy. His inspiration against Fulham is the best proof to be in the line-up on Wednesday against Valencia. In Mestalla, where the Asturian played four seasons, Mata will live a very special game to finish the group stage of the Champions League.

“It was what we needed.”@JuanMata8 reflects on an important #MUFC victory with #MUTV. pic.twitter.com/WEsV9FKKqe