Juan shows the way to the last 16 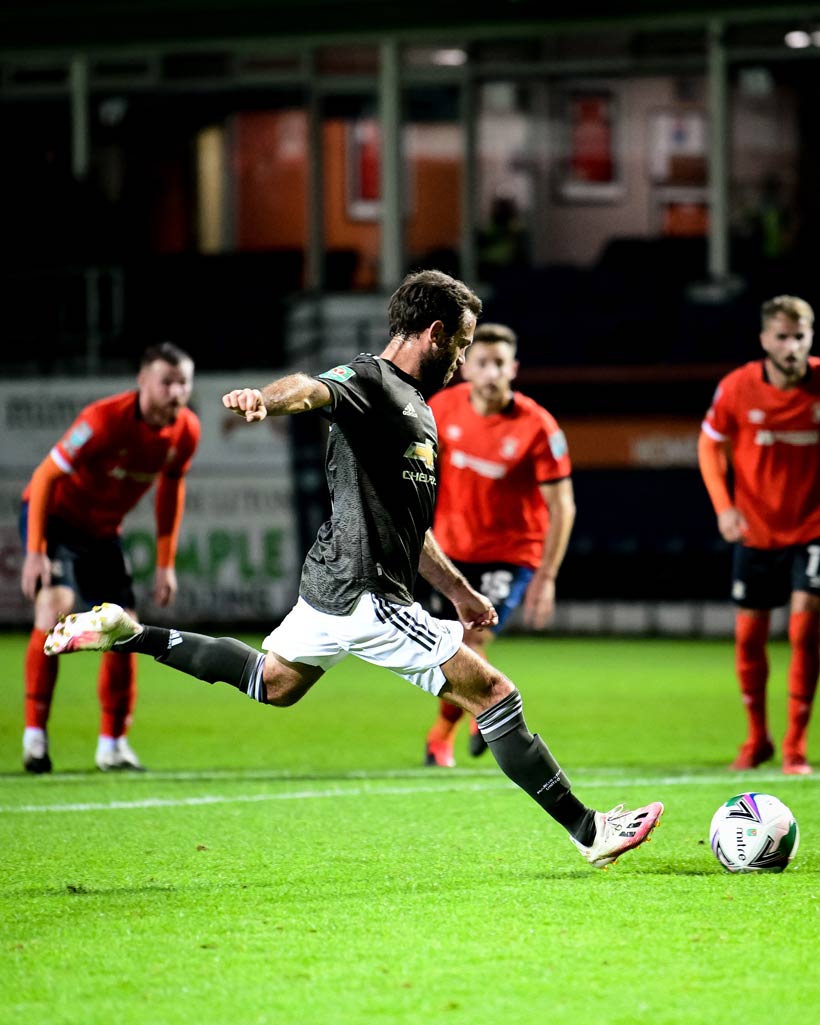 In his first game this season Juan scored the first of the night in United’s victory over Luton Town (0-3) in the EFL Cup. As usual, Mata had a good percentage in the pass and created many problems in the 78 minutes he played.

Manchester United secured a place in the last 16 of the EFL Cup after beating the Championship side Luton Town 0-3. Juan, who started the game reached the 200 games mark, showed the way to victory scoring from the penalty spot and with a great performance.

? Three goals ensured our place in the #CarabaoCup fourth round ?#MUFC pic.twitter.com/CsNAtQoteP

Juan debuted this season and was the protagonist from the beginning at the Kenilworth Road Stadium. After a great build up from all the team, Juan nearly scores in the 14th minute after a shot on goal saved by Shea, the local keeper. Just before the break came the decisive moment of the game, when Brandon Williams was fouled inside the area and Mata took the responsibility of taking the penalty and put the 0-1 in the score.

Man Utd have now scored 19 of 23 penalties taken since the start of last season pic.twitter.com/G9MqkpmUKn

The Spanish International was very proactive in the second half as well. Lingard was close to score in a clear opportunity after one of Juan passes. The Asturian left the pitch in the 78 minute after creating four chances and shooting three times on goal. Besides, Juan completed 90% of his passes.

In the last stretch of the game United rounded the scored. With Luton in attacking mode, Marcus Rashford and Mason Greenwood sealed the victory for the Red Devils. On Saturday, United face Brighton & Hove Albion.

? “I’m happy for the goal, another game with this club and the victory.”@JuanMata8‘s penalty helped him edge closer to a personal #MUFC milestone ?#MUTV #CarabaoCup pic.twitter.com/0V5TmBa2ZB

“It’s job done tonight; it was important to win after our first game in the Premier League, which we know wasn’t good enough. Now with this victory we go to Brighton better,” Juan Mata told Sky Sports.