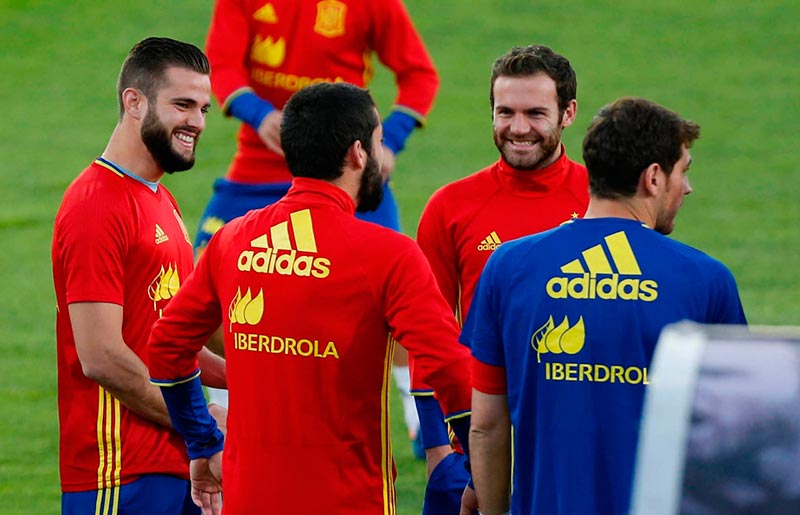 Mata will play against some of his United and Chelsea (current and ex-) teammates this Friday with Spain. Several of them play on defensive positions, therefore this might create plenty of direct duels.

Juan has reached his 5th season on English territory. His period at Chelsea and Manchester United made him coincide with many of Roy Hodgson’s players, both in the lockers and in the pitch as rivals. England will face Spain this Friday at 19.45pm in Alicante.

If Mata plays on the Rico Pérez stadium, he could meet Ryan Bertrand and Gary Cahill, with which he won the Champions League in 2012, and Phil Jones, Chris Smalling, Michael Carrick and Wayne Rooney, teammates at Van Gaal’s Man United. Several of the summoned players play on defensive positions, so if he plays, Mata will have to confront them continuously.

England’s goal might be guarded by Joe Hart, Man City’s keeper, Man United’s city rival. This is another motivation for the ‘Asturian’ who is looking to consolidate himself within Spain and Del Bosque’s Eurocup plans.