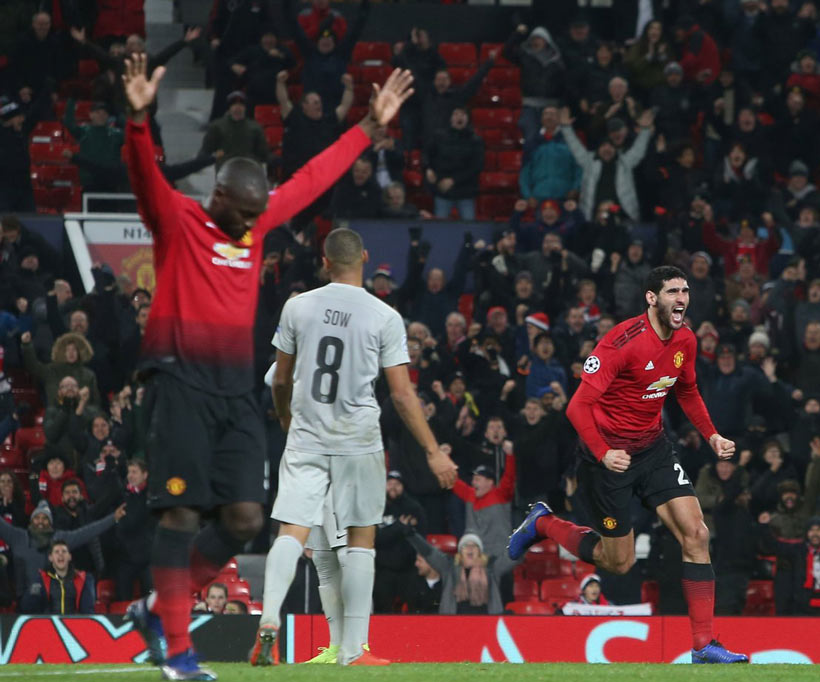 Manchester United qualifies for the last 16

A goal from Fellaini in the last minutes gave the three points against the Young Boys at Old Trafford. Juan Mata came on the pitch in the second half. Juventus victory against Valencia secured ManU qualification.

Manchester United is already in the last 16 of the Champions League. The Red Devils, with Mata´s participation, beat the Young Boys at Old Trafford (1-0). Juventus win over Valencia (1-0), in the other match of Group H, seales the qualification for the next round. It only remains to know if they will be first or second. Right now they have 10 points, two behind the leaders Juventus.

United had numerous chances throughout the match - although Young Boys also nearly scores after an effort that was stunningly saved by De Gea - but the decisive goal did not came until the 91 minute. When the final whistle was imminent, Fellaini managed to beat Von Ballmoos and unleashed the euphoria of the home fans. A while before, in the 73 minute, Juan Mata replaced Antonio Valencia to try to give some balance and fluidity to the ManU attack. He had a chance after a pass from Fellaini with the head, but his forced shot went high.

In the last match of the group stage, Mata will live a very special hours on his return to Mestalla. He left a mark on Valencia and the fans remember his time at the club with great fondness. But before that ManU has to play three Premier League matches. The first of them, this Saturday against Southampton.