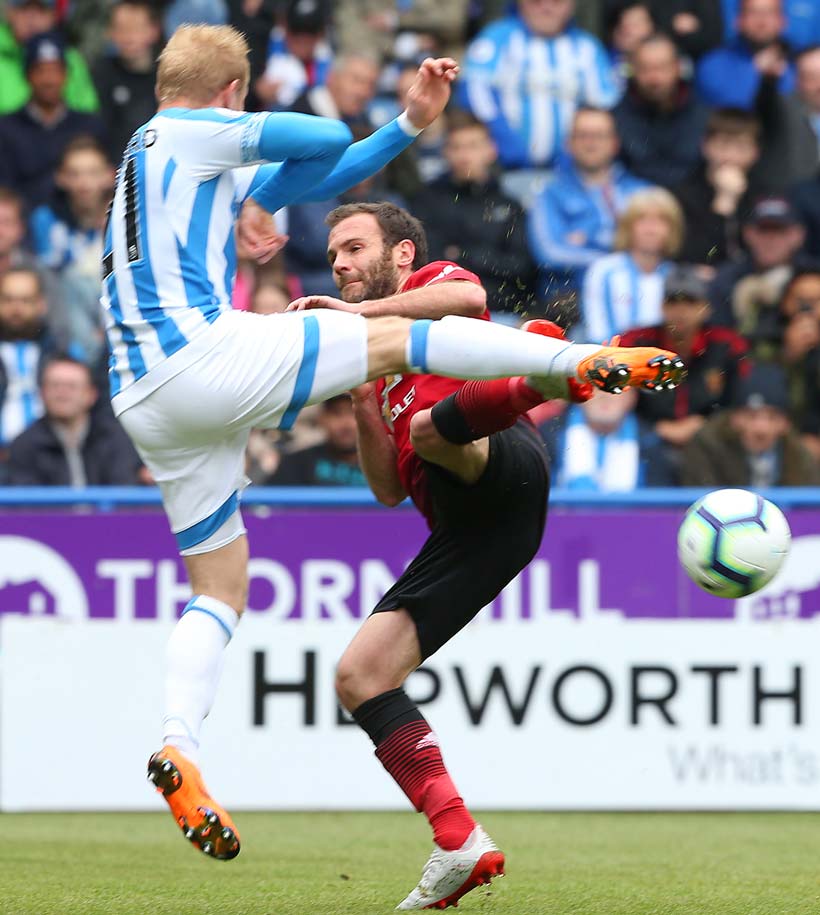 The 1-1 against Huddersfield Town leaves them at 4 points from the 4th position when there is only one more game at stake in the Premier League. Juan Mata, who gave seven key passes, was the engine of the team's attack.

Manchester United, with Juan Mata on the starting eleven, drew on their visit to Huddersfield Town (1-1) and remains without options of reaching the 4th position of the Premier League table. When there is only one more game week at stake, next Sunday against Cardiff City, there are 4 points away from Tottenham.

Juan Mata started the match wanting to be a protagonist. He offered himself constantly to create attacking plays. On the 8', a play that passed by Mata's feet ended up with a goal from McTominay, who beat Lössl. Later on, Mata had a chance to score another good team play but his left footer went out by little. Before half time, a header from Pogba after a pass from Mata met the crossbar.

United's number 8 left numerous quality moves, although the 1-1 from Mbenza on the 60' was a severe blow for United. Solskjaer's men didn't know how to react. On the final stage of the match, with Mata assuming all the attacking strategies, Chong and Pogba were very near scoring (Pogba hit the crossbar after a pass from Juan). But Huddersfield also had their chances of scoring, although De Gea saved his team.

Juan ended the match with seven key passes (more than anyone in the match, with quite a difference) and an 89% of passing accuracy. Numbers that certify his importance in Manchester United.