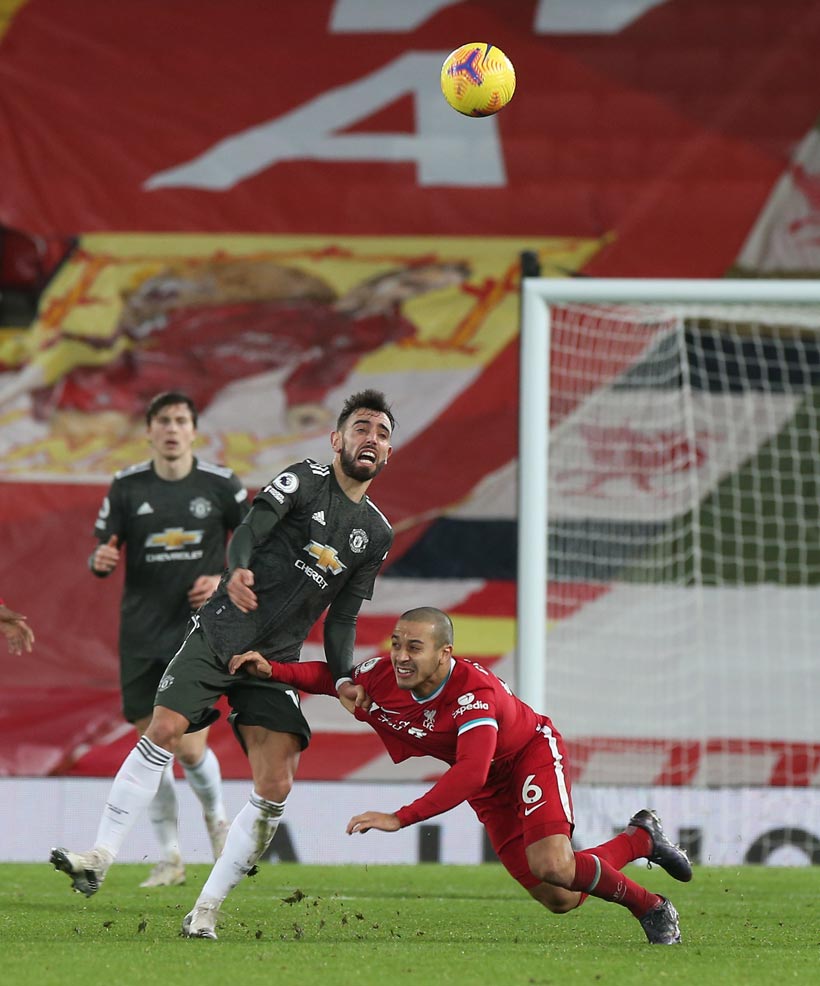 United put up to Liverpool's push well and had great chances to win. The Red Devils maintained the Premier League's top place, with 37 points. On Wednesday they will visit Fulham.

Manchester United held out at Anfield. Solskjaer's men had options to take all three points. The final 0-0 maintains the points difference with Liverpool, now fourth in the Premier League table. United, with 37 points, continues top. His closest pursuers are now Manchester City and Leicester, two points behind (35).

🎥 All the action from today's clash with Liverpool 👇

Juan Mata, the protagonist of some memorable performance at Anfield, did not have minutes on this occasion. In a reasonably even match, the Red Devils came close to taking all three points as Bruno Fernandes and Pogba were denied by Alisson in both chances. De Gea, for his part, had to stretch to save a shot from Thiago.

16 - Manchester United are unbeaten in their last 16 away matches in the Premier League (W12 D4) – only once have they gone longer without a defeat on the road in the competition (17 games ending in September 1999). Striving. #LIVMNU pic.twitter.com/oLl3lSdNPv

Manchester United has a run of 16 away games unbeaten in the Premier. Wednesday's trip to London to face Fulham will test this spectacular run.

Man Utd are unbeaten in 12 Premier League games, the longest ongoing run in the competition: