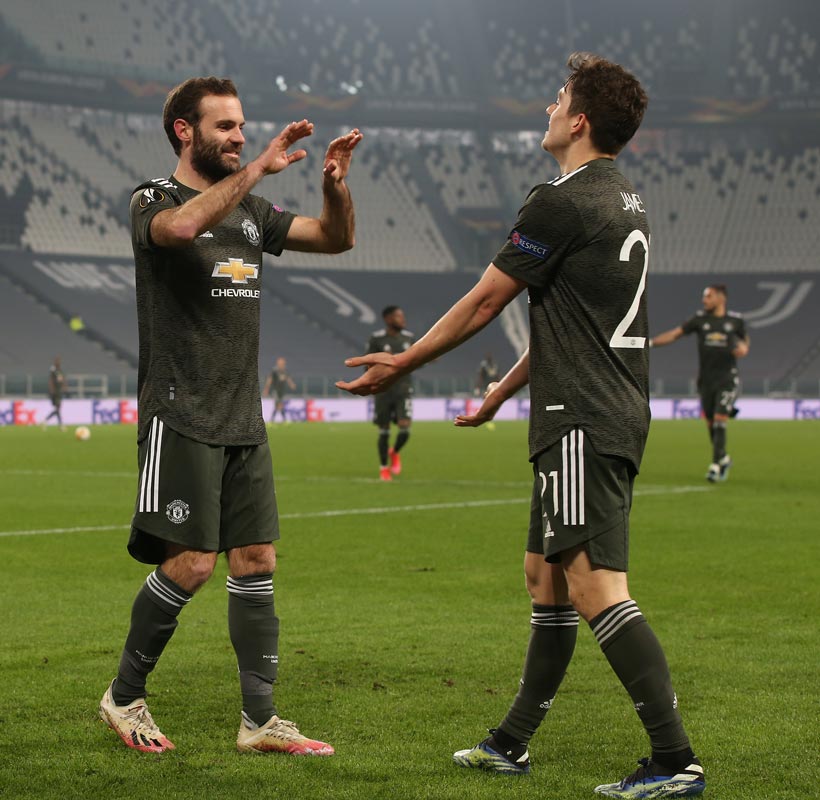 United almost secure a slot in the last 16 of the Europa League after beating Real 0-4. Juan Mata came on the pitch in the final stretch of the game. Bruno (2), Rashford and James scored the goals.

Manchester United swept aside Real Sociedad 0-4 at the Allianz Stadium, in the first leg of the last 32 of the Europa League, in a game they sentenced after the break.

The restrictions due to the pandemic prevented the tie from taking place in Anoeta. Turin was the city chosen to host the match, in a stadium that brought excellent memories to Juan Mata.

The Spanish international replaced Bruno Fernandes in the final minutes. The Portuguese scored the first two goals (minutes 27 and 57), while Marcus Rashford (65) and Daniel James (90) rounded the result. Juan came on the pitch with great enthusiasm. He also had an opportunity to score in the last gasp, but Remiro saved Mata´s effort.

4 - Manchester United recorded the biggest away victory by an English side against a Spanish opponent in the UEFA Cup/Europa League, surpassing Newcastle United’s 3-0 win at Mallorca back in March 2004. Cruise. pic.twitter.com/g2pqoOxoyR

The 2nd leg will take place Thursday next week. But first, on Sunday, Manchester United returns to the domestic competition with a clash against Newcastle at Old Trafford.