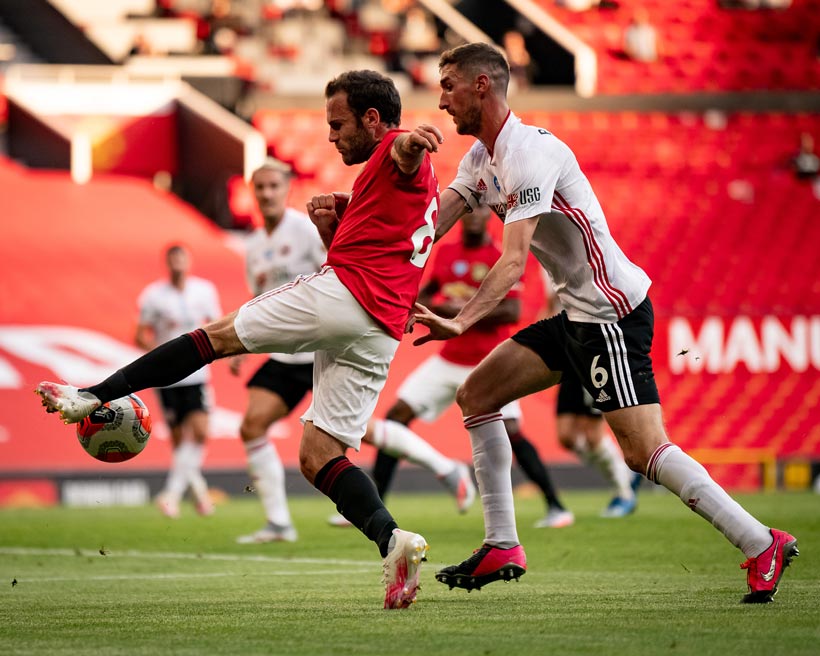 Juan participated in the victory against Sheffield United (3-0) in the return to Old Trafford. The French striker scored the three goals. On Saturday, against Norwich, the semifinals of the FA Cup will be at stake.

Marking our return to OT with a big W 🤩#MUFC #MUNSHU pic.twitter.com/lhqqmW08Xj

Manchester United played at Old Trafford for the first time after the return of competition. Since March 8, with City as a rival (2-0 victory), the Red Devils have not played a game at their stadium. This time the stands were way different, but the result put a smile back at the locals. Three goals from an inspired Anthony Martial sealed a convincing 3-0 victory against Sheffield United on Matchday 31 of the Premier League.

The French striker made the goals in the 7th, 44th and 74th minutes. Shortly after the third goal of the night, Solskjaer made all five allowed changes at once. There it was Juan Mata. Along with him came on the pitch Pereira, James, Ighalo and McTominay. The Asturian was very proactive trying to participate in all the offensive actions of his team.

United's next appointment will be on Saturday, in the FA Cup against Norwich. At stake will be the qualification to the semifinals of the oldest tournament in the world. A cup that Juan has already lifted twice in his career.