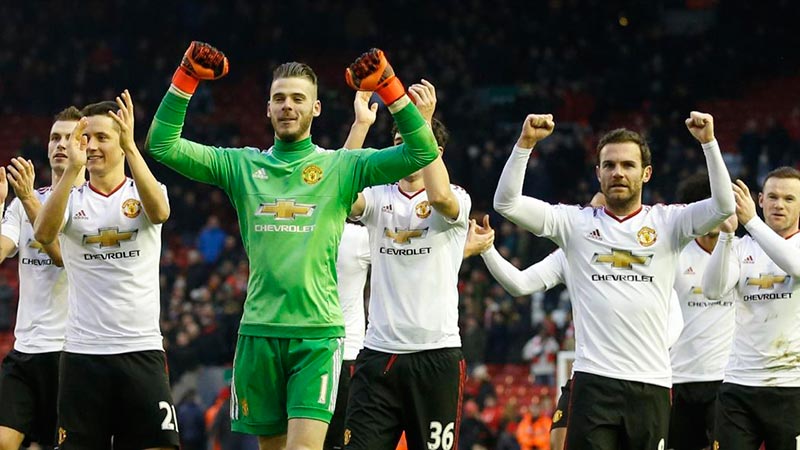 A brilliant pass from Juan Mata ended up with a decisive goal by Rooney, the only goal of the match. This 0-1 against Liverpool leave United in the fight for the first positions.

Manchester United conquered Anfield again. The Red Devils won  0-1 in a match in which Juan, in spite of starting the match on the bench, ended up being very important for the win. His left foot was decisive on the incredible pass he made to Rooney. With this triumph, ManU are on the fight for the Premier League.

On the 66′, Juan came in for Lingard and played as a playmaker although a little to the right. The context wasn’t favourable for him. Liverpool were fighting to win and United, saved a couple of times by De Gea, were suffering without combining harmonously. Nevertheless, something happened on the 78′ that changed the match. Blind chose to pass the ball from the corner spot and Mata put a perfect ball to Fellaini’s head. The header from Fellaini went to the crossbar but Rooney took advantage of the situation and scored in Mignolet’s goal.

The final 0-1 means Juan Mata’s fourth consecutive win against Liverpool. This score leaves United with plenty of optimism towards the near future. Next rival will be Ronald Koeman’s Southampton, next Saturday at Old Trafford.