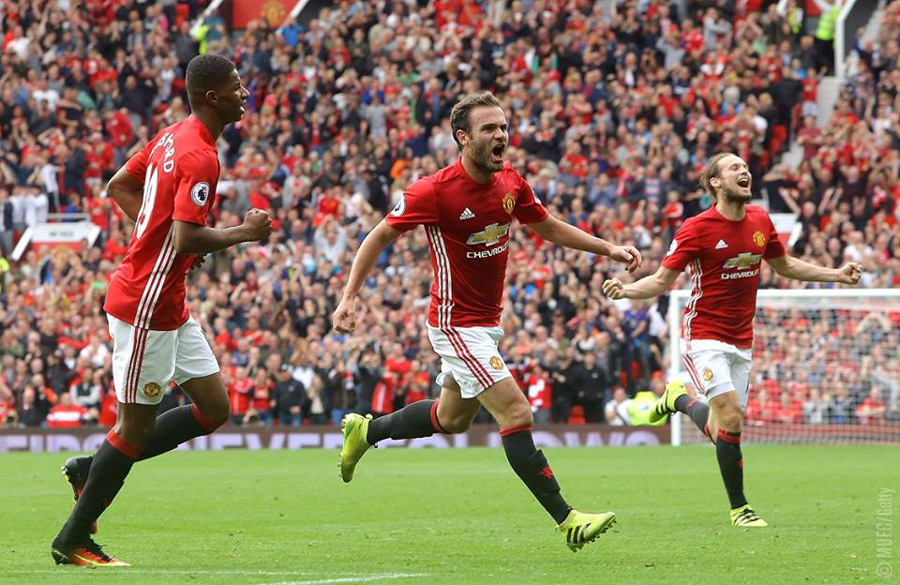 Juan and teammates enjoyed the best game of the season, a 4-1 win against Leicester City with a goal and an assist from the international Spaniard. Mata played as number 10 just behind Ibrahimovic and Old Trafford lived a spectacular day.

Manchester United needed a match like this one to fly again. The Red Devils with a spectacular Juan Mata thrashed Leicester on the first half. The score was 4-0 before half time. On the second half Ranieri’s team scored their only goal for the final 4-1. Juan Mata received an incredible applause from the crowd as he was substituted for Young, therefore ending the match as happy as possible.

With this match Juan Mata has been in the starting eleven in 150 Premier games. As a playmaker just behind Ibrahimovic and flanked by Rashford and Lingard, the Asturian was great before half time. He scored the 2-0 on the 37′ with an incredible left footer ending an 18 pass game-play by United. Just after that he assisted Rashford for the 3-0 in an intelligent action after Blind’s corner.

Juan Mata ended up the match with 87% of passing accuracy and he was nominated to be Man of the Match on United’s Twitter account. His performance alongside with his teammates’ revitalises United their fight for the Premier.