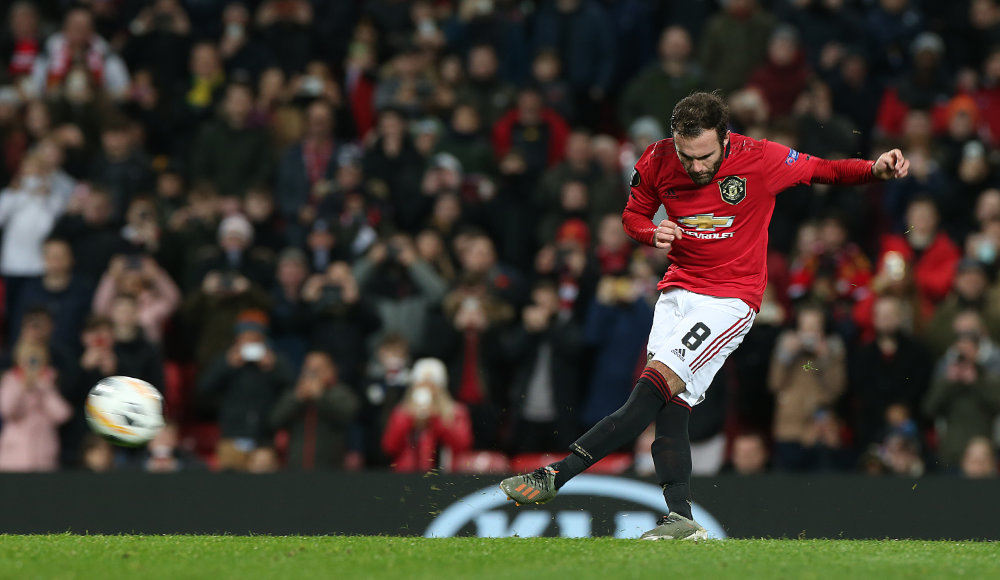 After their win over Tottenham and City, Manchester United swept aside AZ Alkmaar (4-0) in the final game of the group stage of the Europa League. Juan scored from the penalty spot and participated in the first and last goal for the Red Devils.

Manchester United, with a goal and two assists from Juan Mata, closed the group stage of the Europa League with a win against AZ Alkmaar at Old Trafford (4-0). The result secured the first place of Group L, four points above the second (the Dutch club itself).

Juan had a great night. He started in the no.10 role, in the 1-4-2-3-1 formation chosen by Solskjaer. The first part of the Red Devils was irregular. Mata had two opportunities to open the score, but the celebrations were delayed until the second half. United trashed AZ in a few minutes of madness. Ashley Young (m. 54, after Juan's pass), Mason Greenwood (58min), Mata (penalty, 63min) and again Greenwood (64min, with another pass from Juan) closed the match.

Apart from his performance and the result, the Asturian player found another reason for joy against AZ, since he wore the captain's armband after Ashley Young´s substitution. He finished the 90 minutes with almost 93% pass accuracy. United's next match will be on Sunday, at Old Trafford against Everton. The Red Devils will rely upon their top form to seek the fourth consecutive victory.