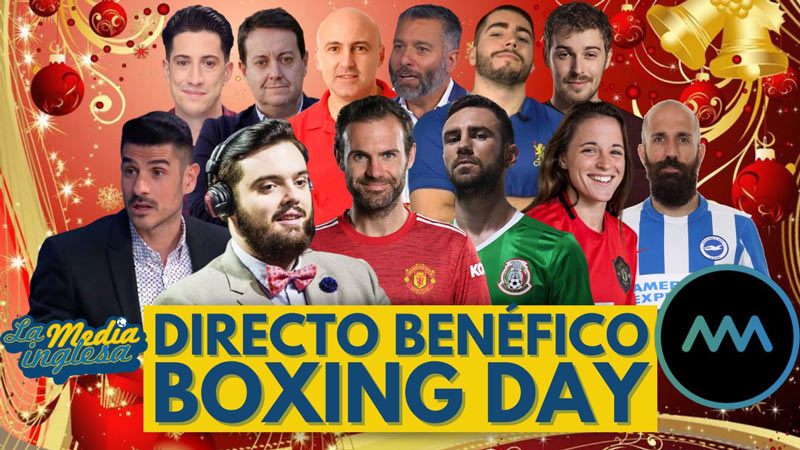 The YouTube channel of ‘La Media Inglesa’ made a ‘Live’ video on the 26th of December for charitable causes. Juan Mata was one of the protagonists. Nearly 11,000 euros were raised for Common Goal and the Asociación Alacrán 1997.

On December 26, along with the traditional ‘Boxing Day’, the famous YouTube channel called ‘La Media Inglesa’ made a ‘Live’ video for charitable causes. The event, that counted with the collaboration of Common Goal, lasted more than 10 hours and had Juan Mata as a protagonist.

“What I am most proud of is that we not only have Premier or First Division players. At Common Goal we also have lower-level footballers who, regardless of their salary, want to collaborate,” said Juan. Apart from his work with Common Goal, the Spanish international spoke of Marcus Rashford, Paul Pogba or the current situation of Manchester United.

During the ‘live’ there were raffles. The shirts of Juan Mata, Ander Herrera and César Azpilicueta were auctioned, in addition to the gloves of David de Gea. Almost 11,000 euros were raised, which will go to Common Goal and the Asociación Alacrán 1997. You can see the complete event in this link (the conversation with Juan takes place from minute 23).