Remembering a piece of art 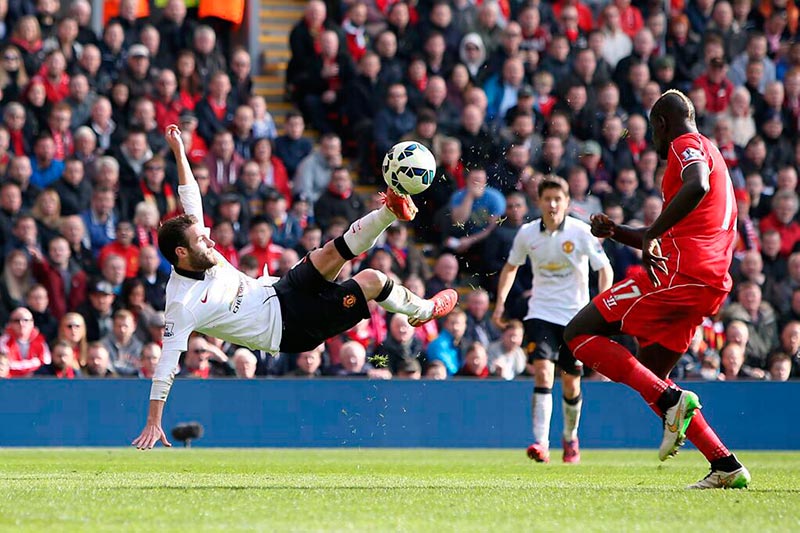 Juan returns to Anfield ten months after scoring an amazing goal. That goal was chosen as the best goal in Man United’s season. The Red Devils will visit Liverpool with the need of adding three more points (Sunday 14.05 Local time).

This Sunday at 14.05 pm Liverpool and Man United will meet in Anfield. A special match in a majestic place. A pitch in which Mata showed one of his best performances for United. On March 22nd, two goals from Mata killed the locals (1-2). If the first one was beautiful, the second one was just a classic one. A volley while being suspended in the air that got in Mignolet’s goal.

At the end of the season, United fanschose that goal as the best of 2014-15 season. Even more, some days ago, Man United’s official website highlighted it as one of the best moments in 2015. For the International Spaniard, the games against Liverpool have a special atmosphere. At least this is what he said to Inside United Magazine.

The week’s draw against Newcastle makes this visit important for Van Gaal’s men. Juan will try to add his fourth consecutive win against Liverpool. On the last encounter, in September, the Asturian contributed with an assist to Daley Blind on the final 3-1 at Old Trafford.