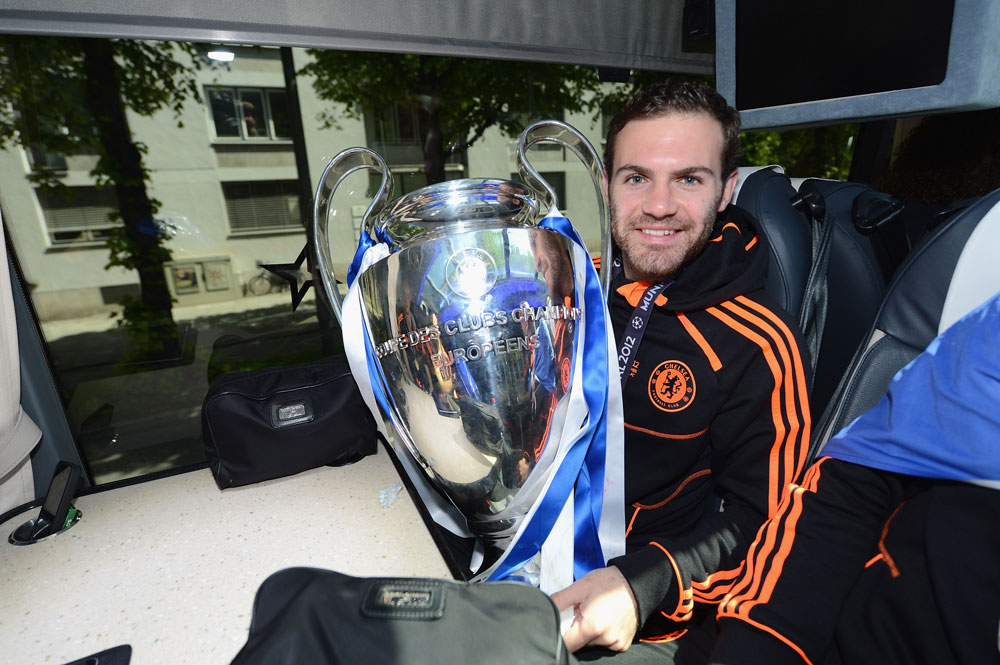 It´s been eight years since the Champions League final in Munich. Juan assisted Drogba's to scored the equalizer. In 2013, Mata became the reigning champion of the World Cup, Champions League, Euro and Europa League.

19 May 2012 will always remain in Juan Mata´s memory. Eight years ago, in Munich, the Spanish international and his Chelsea teammates won the Champions League at the Allianz Arena and against Bayern. It is difficult to imagine a more adverse atmosphere.

I’m gonna cry like a few months ago when I lost the final with Côte d’Ivoire.
Last minute, last corner, I mean first corner for us against eighteen for Bayern Munich.
Guess who took that corner kick... @juanmatagarcia and the rest is history.
The lesson is ALWAYS BELIEVE !!!!

The situation turned critical when Müller made the 1-0 in the 83rd minute. In the 88th, a corner kick taken by Mata was headed in by Drogba making the equalizer. After a goalless extra-time, the penalty shoot-out decided the winner.

Just turned 24, Juan's list of winners had already a World Cup with Spain and a Champions League. The Asturian footballer would add weeks later the UEFA European Championship, after an unforgettable final against Italy in which he scored one of the goals of the victory.

Happy 32nd birthday to one of two players to hold the Champions League, Europa League, European Championships and World Cup at the same time.

To those three titles mentioned (World Cup, Champions League and Euro), the Europa League would be added in 2013 (with two assists from Juan in the final). This means the current Manchester United player could brag about of being the current champion of the four great tournaments (only Fernando Torres shared with him that striking statistic).