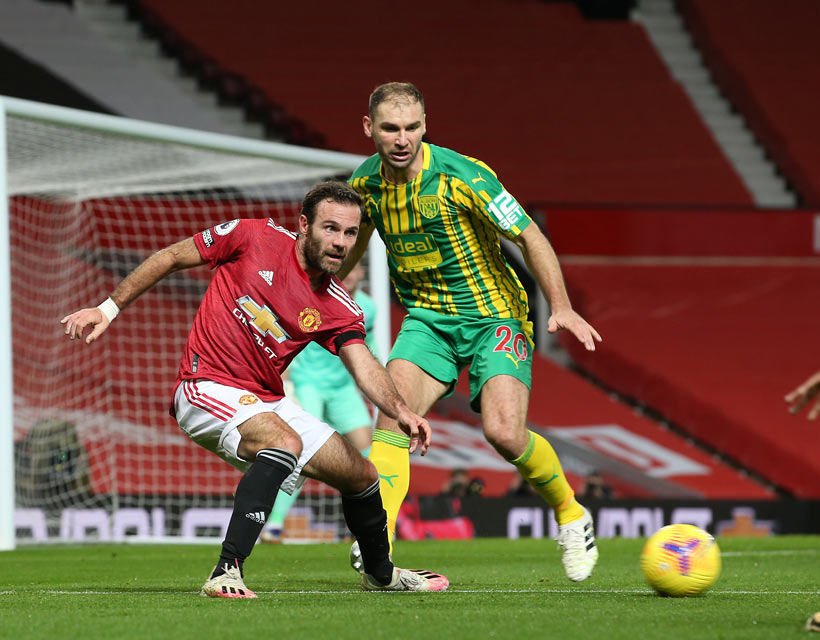 Posted at 00:46h in by Javier Brizuela

Manchester United beat West Bromwich (1-0) with a penalty goal from Bruno Fernandes. Juan Mata, who achieved his 650th match as a pro, forced the penalty that ended up with the decisive goal.

On a special day for Juan Mata, Manchester United beat West Bromwich Albion (1-0). On the 9th game-week of the Premier League, played after the national team break, a penalty - provoked by Juan Mata- made the difference at Old Trafford.

🎥 The key moments from an important win in the #PL 🏆

Mata was on the starting eleven and reached 650 matches as a professional footballer. The vast majority of the matches (262) were played with the Man United shirt. The Asturian was noted from the beginning. On the 2nd minute, a precise set piece from him was just about to end up with a goal from Martial. After half time all the crucial moments came. VAR invalidated a penalty to West Brom, and after that, a good pass from Juan Mata ended up on Furlong's arm inside the box; so Bruno Fernandes, who had to repeat the penalty, ended up scoring the definitive 1-0 on the 56'.

Just a couple of minutes after, Mata was substituted for Cavani. Sam Johnstone's great performance avoided the locals to score more goals, although the team managed by Bilic also had some chances to draw. These three points leave Manchester United very close to the leading positions that might lead them to the Champions League. On Tuesday, they'll host İstanbul Başakşehir at Old Trafford.