“Football is a unique approach to improve young people’s lives” 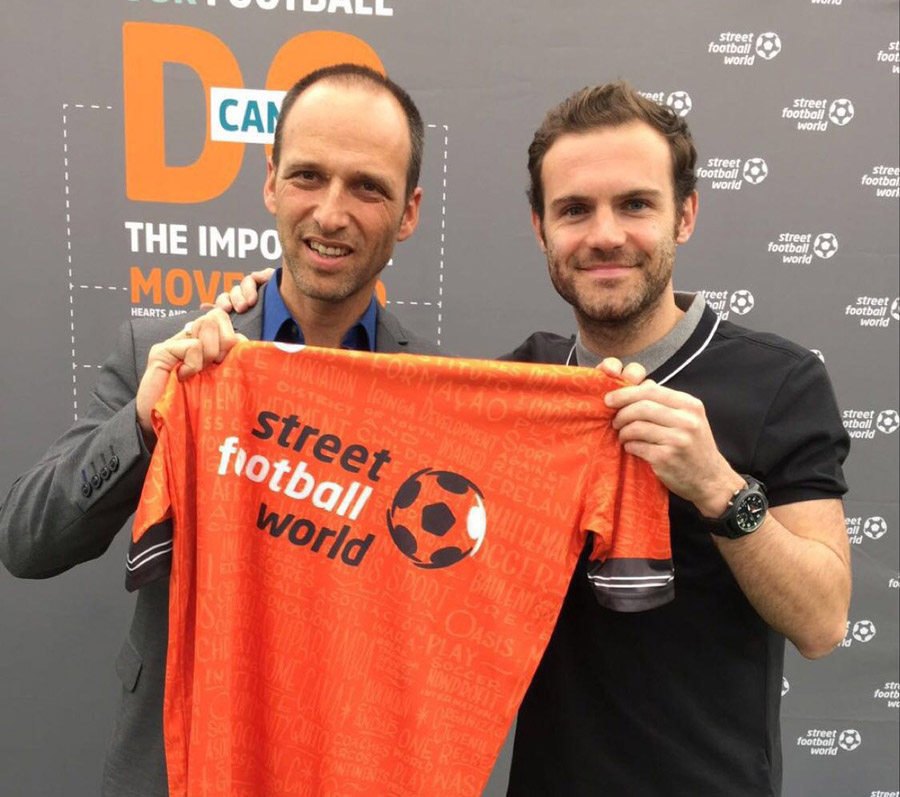 Juan Mata is the first global ambassador of streetfootballworld, a movement based in Berlin which groups together 110 organizations in 66 countries. The association helps 1.2 million young people in need through football.

Juan Mata has become the first global ambassador of streetfootballworld, a non-profit organization based in Berlin which uses football to transform the lives of young people with problems. “Football holds a special place in my heart and it’s an exciting, unique approach for achieving social change. On top of that, there has never been a better time to harness the power of football to improve young people’s lives. And this is what streetfootballworld has been doing over the years around the globe. I am proud and delighted to become streetfootballworld’s first global ambassador”, said Mata.

The official act to welcome Juan as an ambassador has taken place in the Hotel Football in Manchester. “At a time when football’s reputation is suffering, it’s the ideal moment for those who love the game to highlight football’s power as a force for good”, he declared.

A warm welcome to the #football4good family from over 100 organisations in 60 countries worldwide. #WelcomeJuan pic.twitter.com/chKbBHSBHj

Streetfootballworld was founded in 2002 by Jürgen Griesbeck, fleshing out an idea which had developed since the assassination of the Colombian football player Andrés Escobar in 1994. Since its founding, the organization has received numerous international awards. “What streetfootballworld has achieved in under 15 years is incredible but this is just a start. Together we can achieve so much!”, said Juan.

This June, during the European Cup in France, streetfootballworld will hold a festival in Lyon. The event, that has the support of UEFA, the European Parliament, the government of France and Adidas, will gather 80 organizations. It will be the largest of its kind held so far and will be attended by personalities from the world of football, as Eric Abidal.