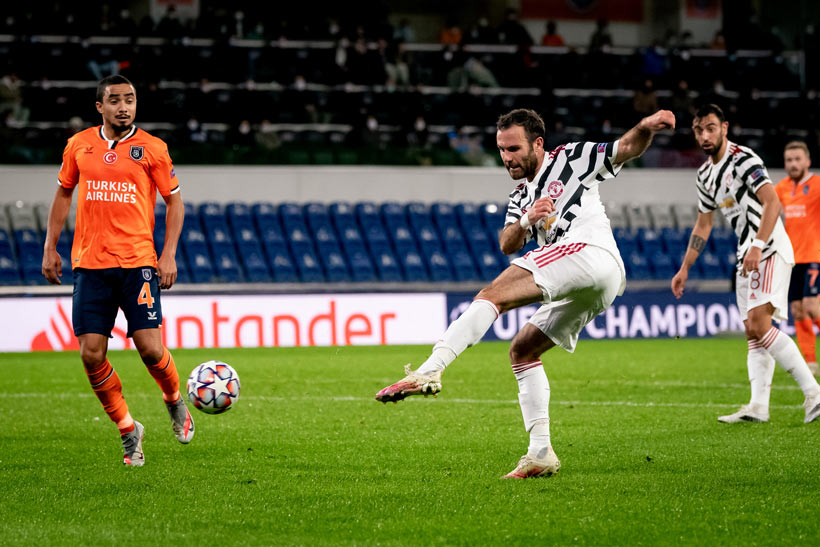 United lost to İstanbul Başakşehir 2-1 after a poor performance. Juan Mata started the game but failed to create danger. It is the first defeat for the Red Devils in the Champions League.

Manchester United lost in their trip to Turkey (2-1) on Matchday 3 of the Champions League. Juan Mata returned to Solskjaer's starting XI after missing the league clash against Arsenal. The Red Devils had a bad day and soon found themselves behind the score. In the 13th minute, Ba put İstanbul Başakşehir ahead in the score. Višća made the second in the 40th minute after beating Henderson. Just before the break, Martial tightened the score to 2-1.

In the second half, the English team took control and tried to level the game. Bruno Fernandes had a chance from a free-kick, just before Juan Mata left the pitch in favour of Cavani (minute 61). Mata completed 93% of his passes although, like the rest of his teammates, he found it difficult to create chances. The Turkish side defended well throughout the game and obtained a victory that no one expected.

Despite the defeat, the two previous victories allow United to hold on to first place in Group H. The next appointment for the Red Devils will be on Saturday, against Ancelotti's Everton.