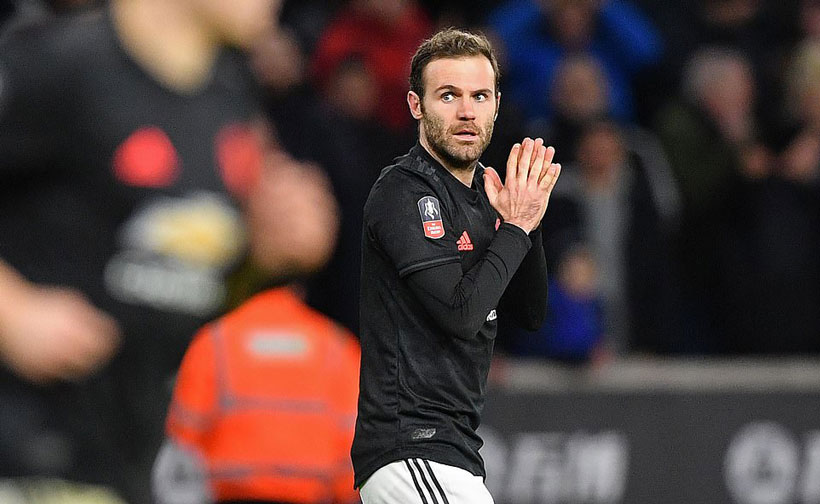 United and Wolves to the replay

The 0-0 at Molineux Stadium leaves this cross of the third round of the FA Cup in the air. Juan Mata had a 100% pass accuracy and nearly scored in a free-kick. This Tuesday, the Red Devils will face City in the semi-finals of the Carabao Cup.

Juan Mata's Manchester United ended their first match in the FA Cup with a draw (0-0) at Molineux Stadium. Wolverhampton Wanderers, an always dangerous opponent, created a complicated match against the Red Devils, a team that now faces a replay to overcome the third round of the oldest tournament in the world.

Mata was in the initial 11 in a clash that, like all of this round, began with a minute of delay as part of an The Football Association (FA) campaign to raise awareness of the importance of mental health. Juan played 70 minutes in which he produced two 'key passes' and didn't miss any pass to his teammates. However, his most outstanding action came in the 59th minute, with a free-kick that remained a few inches away from becoming the 0-1.

In addition to the free-kick from United's number '8', Rashford had a great chance in a shot that Coady deflected and hit the crossbar. Wolverhampton, nevertheless, had their chances too. The VAR disallowed a goal from Doherty and Raúl Jiménez met the post defended by Sergio Romero.

The 0-0 makes both teams have to play another match to decide the team that passes the round. A duel to be played at Old Trafford. In that same scenario, United and City will be measured in the semi-finals of the Carabao Cup this Tuesday, January 7.