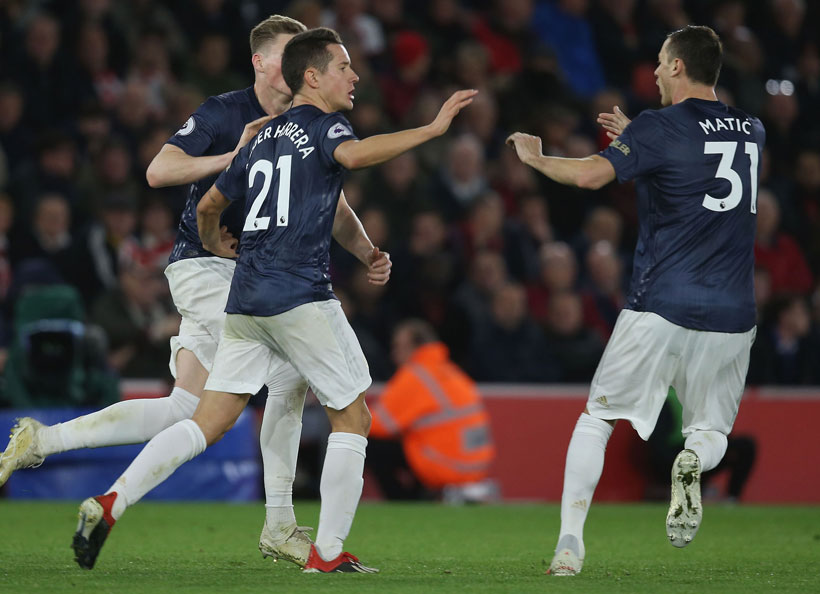 Red Devils drew (2-2) against Southampton thanks to a great end of first half. Locals were ahead by two (2-0). Next match at Old Trafford against Arsenal.

Manchester United drew 2-2 on their visit to St. Mary's Stadium. The match, belonging to the 14th Premier League week, was complicated since the very first minutes. On the 20', Southampton was already winning 2-0 thanks to goals from Stuart Armstrong and Cédric Soares. The Red Devils reacted with pride and before half time they evened the match. Goals from Romelu Lukaku (33') and Ander Herrera (39') left everything unsolved for the second half, but the score didn't move any more.

Juan Mata didn't play the match. The international Spaniard, whose free kick goal to Juventus was elected as the best goal of November for United fans, is eager to be a protagonist again this Wednesday against Arsenal at Old Trafford.