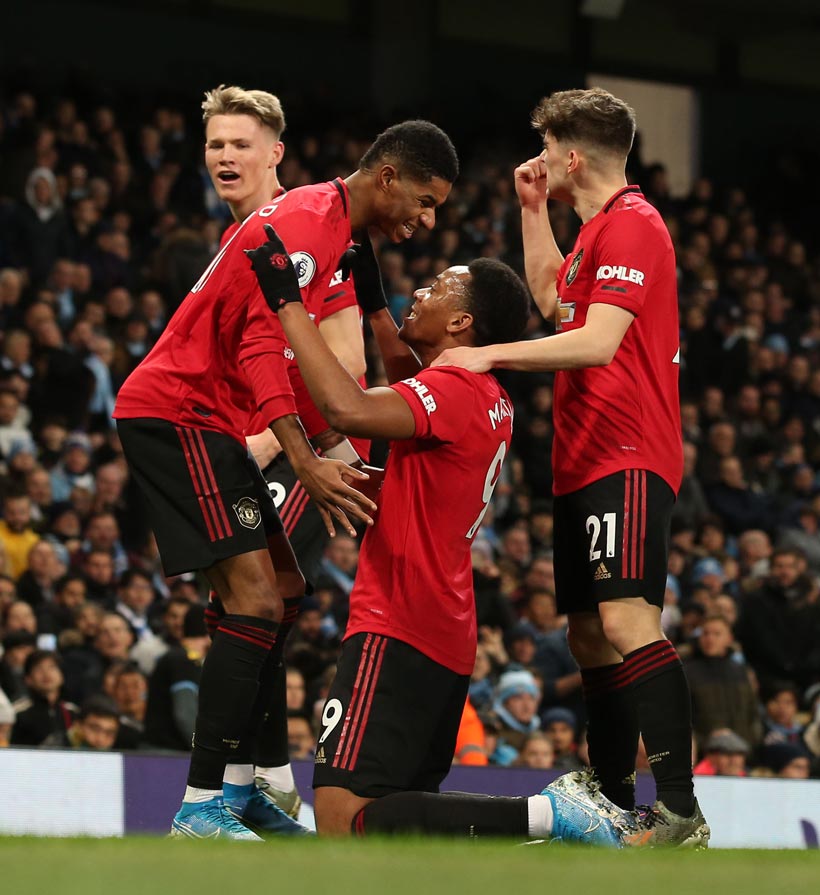 Rashford and Martial made the goals in the 1-2 derbi of Manchester. Otamendi gave some emotion to the match in the last minutes and De Gea saved the draw. This Thursday, United will dispute the first position in their Europa League group.

Manchester United achieved a great victory at the Etihad Stadium. Solskjaer's team beat Manchester City, current champion, in the city derby. The final 1-2 is the second consecutive win in the Premier League (after the one obtained during the week against Tottenham); two happy moments against two of the best teams in the country at the beginning of a very promising December.

Marcus Rashford, like on Wednesday, was the protagonist. He made the 0-1 in the 22nd minute after a penalty (which the VAR pointed to the referee) and only the crossbar prevented him from scoring a goal shortly after. On the 29' Martial achieved the second goal for the visitors. The Red Devils counterattacks punished Manchester City throughout the match.

When the local fans started abandoning the stadium, Otamendi scored a header and gave some emotion to the match at only 5 minutes from the end of it. Mahrez could have scored but De Gea saved his shot in an excellent intervention.

Man United's next appointment is due for Thursday, the last game week of the Europa League's group stage. They will host AZ Alkmaar at Old Trafford, with which they will dispute the first position (United has 10 points. The Dutch team has 9).