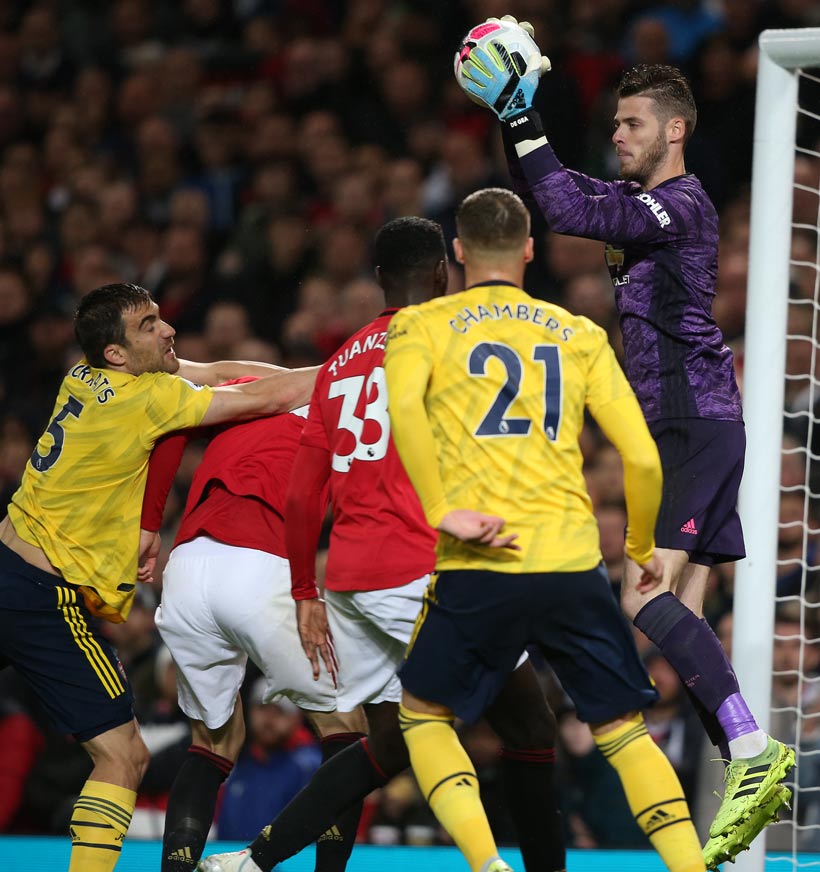 United lets Arsenal get away

The game at Old Trafford ended in a 1-1 draw. In the second half, they had several chances to win the match. On Thursday United travels to the Netherlands to play AZ.

Manchester United and Arsenal closed the seventh game-week of the Premier League with a draw (1-1) at Old Trafford. The goals were scored by McTominay (minute 45) and Aubameyang (58). The 1-0 came after a double save by David de Gea, who denied the goal consecutively to Saka and Guendouzi.

McTominay's great shot seemed to get the game on track until Aubameyang made the 1-1 with a top-class definition. ManU had several chances to score the winner but Pogba, McTominay, Maguire or Rashford couldn't beat Leno.

United's next appointment will be on Thursday against AZ Alkmaar, on the second day of the Europa League group stage. After winning at FC Astana, Solskjaer's men will seek to strengthen their position in Group L.