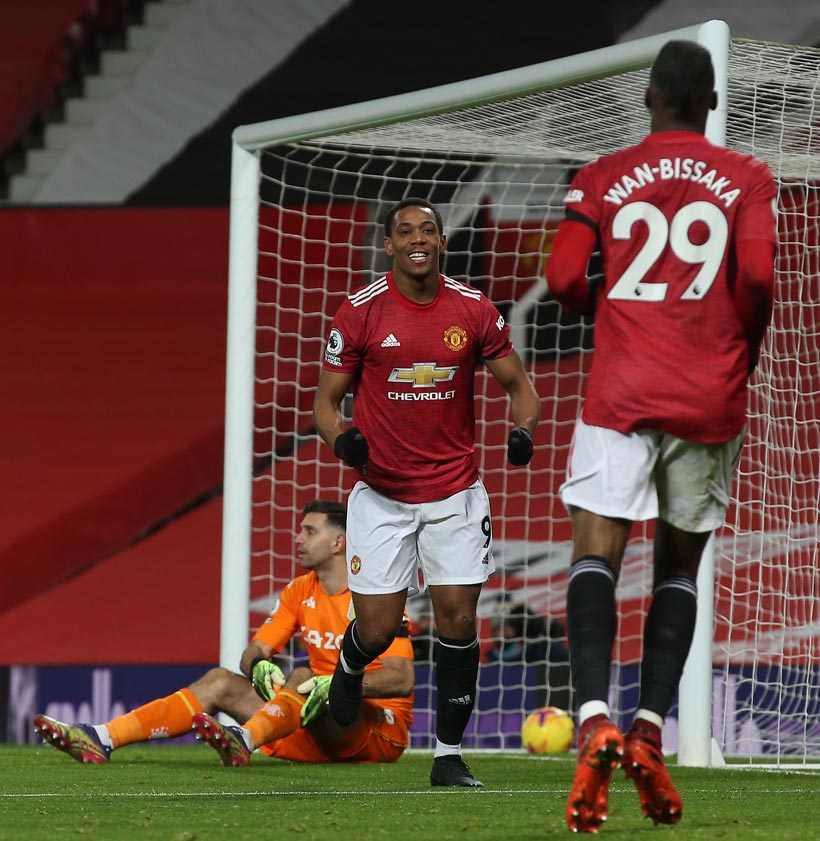 The victory against Aston Villa (2-1) allows United to level with the current champion at the Premier League's top. This week they will play the semi-finals of the EFL Cup and debut in the FA Cup.

Manchester United opened 2021 with double satisfaction. They beat Aston Villa at Old Trafford (2-1) and, thanks to the win, they levelled on points with Liverpool in the Premier League. Both teams sum up 33 points.

Starting the year as we mean to go on 👊

In game-week 17 of the Premier League, the Red Devils found themselves with a difficult opponent. The Red Devils took the lead thanks to Martial's goal in the 40th minute, but Traoré equalized in the 58th minute. The draw was short-lived as Pogba forced a penalty that Bruno netted to make final 2-1. It was the 61st minute, and the outstanding performance of both David de Gea and Emiliano Martínez prevented the score from any changes.

The Premier League - in which United has an unbeaten run of ten games - will give way to cup tournaments in the coming days. On Wednesday, Solskjaer's men will face City in the EFL Cup semi-final. On Saturday, they will debut in the FA Cup against Watford.