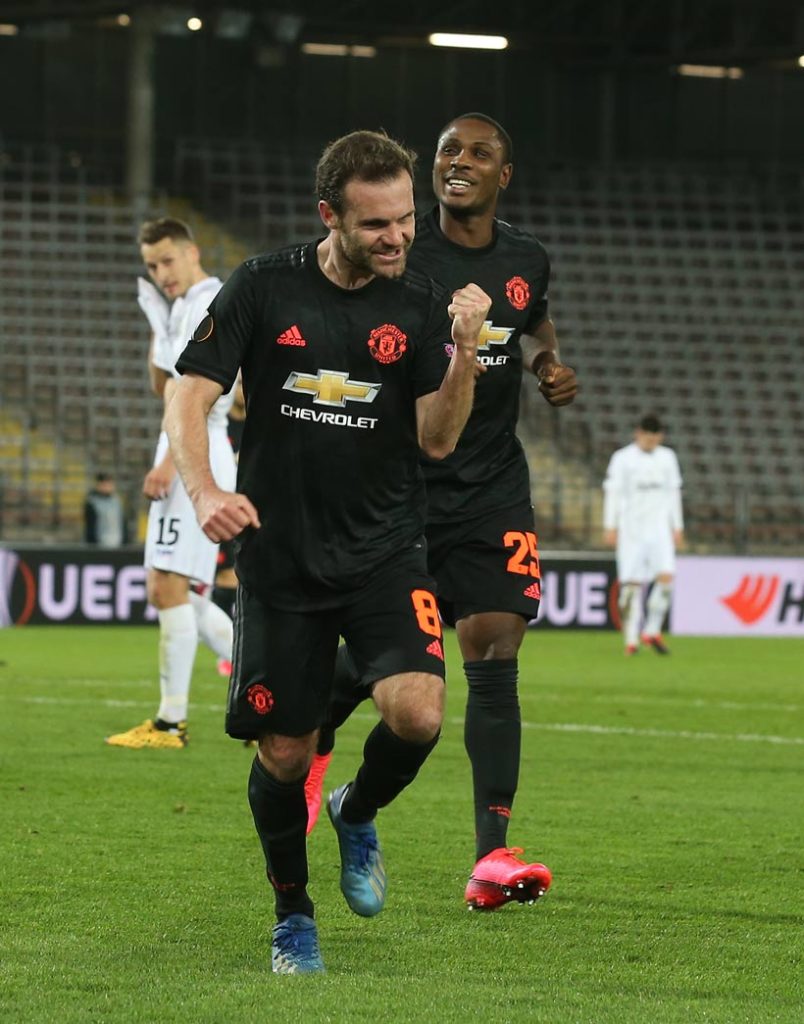 Mata scored the third goal of the night for Manchester United in their win 0-5 at Linz. It is his second goal in the Europa League. The Red Devils, that have gain confidence in the past few months, extended their unbeaten run to 11 games.

Manchester United, with a goal from Juan, took a huge step towards the quarter-finals in the first leg of the last 16 of the Europa League. At the Linzer Stadion in Linz, the Red Devils thrashed LASK 0-5, thanks to goals from Ighalo (28min), James (58min), Mata (82min), Greenwood (92min) and Pereira (93min). Five goals from five different footballers who leave the tie almost decided.

Juan, who played the complete game, made his second goal this season in the Europa League. Fred´s incisive pass after a combination with Mata left the Asturian in a one-on-one against Schlager. Mata defined with quality and resolved the match. Before his goal, the Spanish international had a few chances to score and finished the game with 4 shots (Ighalo made also 4) and two occasions generated for his teammates.

United extends its excellent unbeaten run to 11 games (eight wins). Awaiting events concerning the pandemic that has already stopped several competitions, the Mancunian team will have its next appointment on Sunday, against Mourinho´s Tottenham.

“I think we understand football in the same way. We like playing with each other and looking for our forwards in behind like we did with Dan today and with Odion who scored a fantastic goal also,” Mata told MUTV.