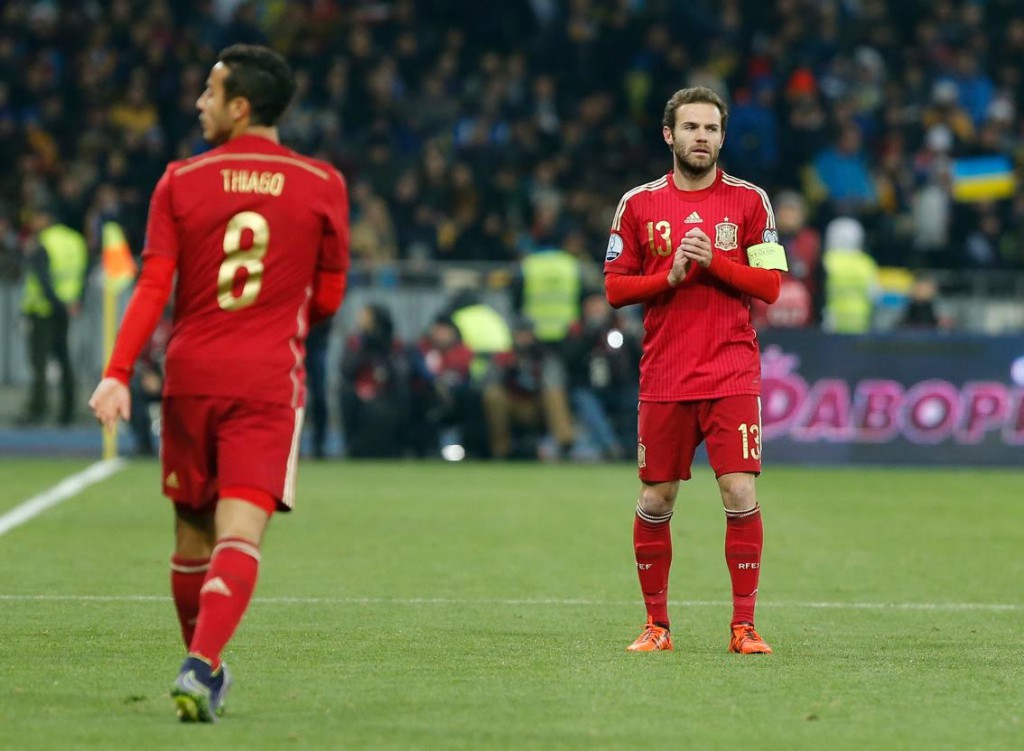 I’m writing at the end of another good week, with two positive results that give the team a boost of energy and make me feel optimistic. But there’s no time to celebrate anything in a season with no respite.

Last Saturday we got a solid victory at Goodison Park, always a tough stadium to get the three points. I think the score reflects the good work the team did. We managed to take our chances despite Everton’s strong start and pressing. The first goal was very important, and with the second one things were going in our favour. I’m really happy to see my friend Ander Herrera back on the pitch, contributing his class and his ability to score goals.

Everton put again some pressure at the beginning of the second half, but the third goal definitely gave us the three points. I think we played a very complete game and, especially, we had a much better start here than against Arsenal in our last Premier League game, because we controlled the ball and played mainly on Everton’s half of the pitch.

The mark of respect to Howard Kendall was impressive. The atmosphere in the UK during this kind of tributes amazes me once and again. Kendall also managed Athletic Bilbao in Spain, and many people remember him. My condolences to his family and friends.

Playing with Spain at Kiev’s Olympic Stadium, where we won the Euro 2012 final, was another emotional moment last week. This time we won again but it wasn’t easy because Ukraine were fighting for the ticket to France. Congratulations to Mario on his first goal with Spain’s national team, and good luck to Ukraine in the play-off with Slovenia. I will never forget this game because I could wear the captain’s armband. I know it was the result of many coincidences, but even so I’m thrilled. It’s a dream come true, something to be very proud of for the rest of my life. It was the end of a very good training camp with Spain. The next one will be in November… to play against England.

As from today, we are already focused on the Champions League; you know it’s a very important competition for us. We have three points after the first two weeks and the game in Moscow could be crucial. Defeating CSKA would give us momentum ahead of the last three games.

I’ve been told that Antonio Valencia scored the winner for United the last time the team visited CSKA, so we will ask him for the secret to beat them because they haven’t lost at home this season, both in the group stage and in the previous rounds.

And the next weekend we play against City, always a special derby, a different game. This time it’s even more important because both sides are up there on the table. In October there are no decisive games in the Premier League, but defeating a team with so much quality would be significant.

It’s time to sign off. A million thanks for your comments. I know more than one has surpassed me this weekend with my last challenge on my YouTube channel 😉

And by the way, thank you so much for choosing me as the Player of the Month for September! I will keep working hard to get more 😉

PS: A few days ago, Raúl González Blanco announced his retirement from football at the end of this season. I feel proud to have trained alongside him. His competitiveness at the highest level during so many years is an example to all. His intelligence on the pitch has made him great. Thank you for everything, I wish you all the best in the future!