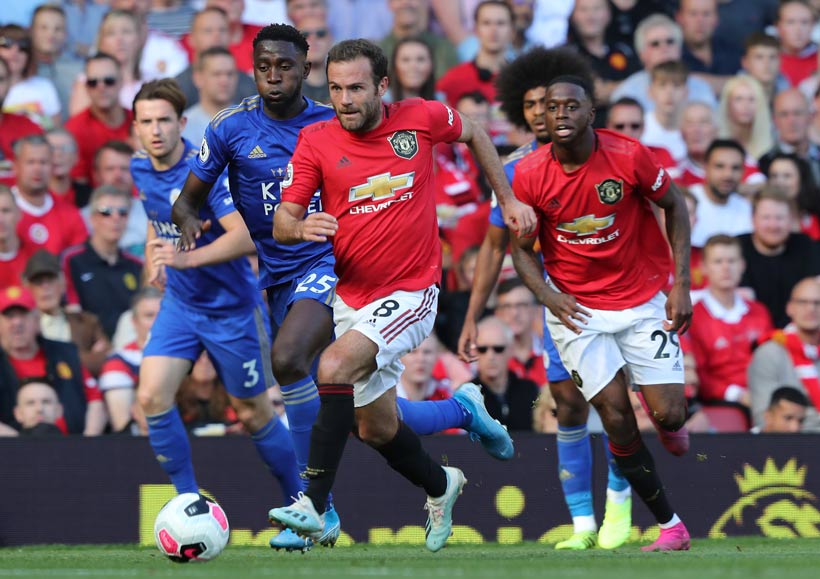 On Thursday we play our first midweek game. A busy run of matches, away trips and flights… that’s what the next three weeks are going to be like. Therefore, we have to be prepared both physically and mentally.

Fortunately, we arrive at this point after a very hard-fought victory against Leicester which has given us optimism and confidence to kick off the Europa League campaign tomorrow. Everyone at the club believes that Manchester United should be playing in the Champions League every season, but we have to accept where we are, respect the competition and our opponents and ask the most from ourselves. I have been lucky enough to get the chance to lift this trophy alongside my teammates in Stockholm and I remember how sweet it tasted after winning such a title.

So, let’s go for it. We are going into the game against Astana with ambition. The Kazakh champions came from Champions League qualification stages and had to get through three rounds to get to this point for the Europa League group stage. We are expecting to play against an opponent who wants to make history at Old Trafford, but for us it is very important to kick off with a win. On top of that, only three days later we are paying West Ham a visit, who are four games without defeat, and we want to be able to make it three wins back-to-back.

Monday was an emotional day. First, there was the amazing news that David had extended his contract with the club and wants to stay to get Manchester United and the fans back to where they belong. I’ll have to keep holding onto him for a few more years yet 😉

That afternoon, I watched the celebrations of the Spanish basketball team in Madrid and I felt very nostalgic. It had been nine years since I had been able to experience the same thing as a world champion with my own teammates and I can assure you all that it was one of the most special moments of my life. It’s only when you meet people in the streets and return home that you realise how far-reaching the impact is that sporting successes can have in life and on how people feel. I believe that title changed the perspective of Spanish football forever. Although our basketball team have already allowed us to grow accustomed to winning titles, we all know how difficult it is to get to this level and then maintain it. They are a TEAM, in capital letters, away from their individual names, and I think this is their greatest success. Congratulations.

I’ll leave it there for today. As ever, thanks for all of your comments, I’ll always be reading them.

P.S: In recent days I’ve also seen the footage from my country. Heavy rain and floods have damaged a lot of harm to both people and their property on the south-east peninsula. My best wishes to all of those affected.