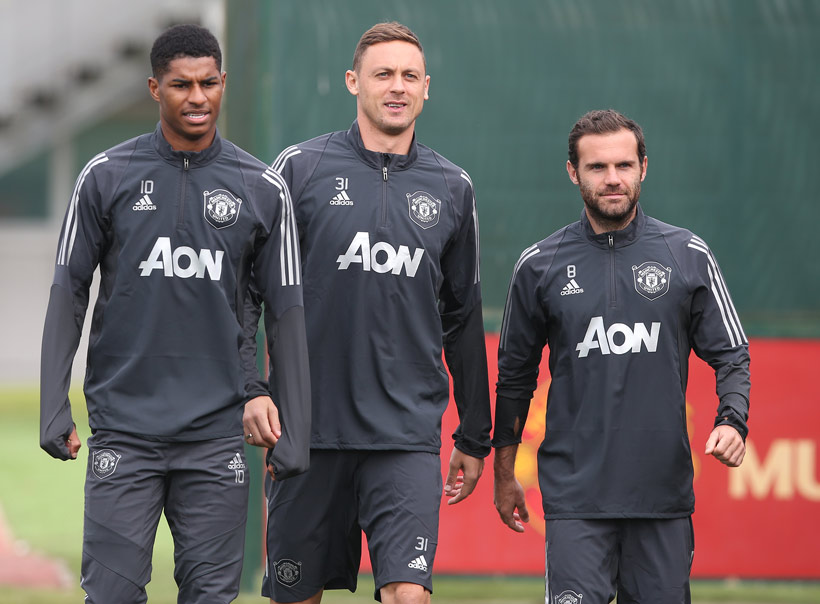 Posted at 15:34h in Others by Javier Brizuela

Today I am writing this before travelling to the Netherlands, where on Thursday we will pay AZ Alkmaar a visit in the Europa League. It’s a busy week, after Monday’s game against Arsenal and Sunday’s away match coming up versus Newcastle. Three games in the space of a week is going to demand a lot from the team.

On Monday at Old Trafford, although we competed well at first, we couldn’t take the three points. It is true that they also had their chances, but we went closest to scoring a second and getting the result and obviously we didn’t leave happy. It is important to step up against a direct rival, but we wanted to make it three wins in a row.

Tomorrow we pay AZ Alkmaar a visit and they will be a good opponent: they are third in a Dutch league which is always interesting. It is always special to play in a stadium that I haven’t had a chance to before, too. In the Netherlands we will fight for the win to leave us in a good situation in our group and it will be important to do the same later this week versus Newcastle in the Premier League.

Meanwhile, in Spain the league is still very open and it is surely the most competitive in recent years. I believe it is good for the competition, it makes it more interesting while also making a lot of fans excited about the performances of their teams.

I also want to congratulate United’s women’s team on their win against Liverpool. My teammates have a special season full of big challenges ahead and I am sure they are going to enjoy it.

Hugs, and hope you all have a good week,

P.S Thanks to everyone who game down to Waterstones book shop in Deansgate for the autograph signing session for ‘Suddenly a footballer’ and to everyone who has shown an interest in the book or bought it. It is a really special feeling to communicate with you all through my own book. Thank you!